The early part of last week allowed for some fieldwork in drier parts of the country, as ploughing was being carried out in parts of Co. Carlow and the south-east last week. However, soil moisture levels remain high.

Some necessary jobs like pulling beet and zero-grazing forage crops were also underway, while the odd sprayer was spotted on its travels.

This weekend’s rainfall has now put an end to any chance of fieldwork.

It is important to mind your soil at this time of the year. Remember, what you’re ploughing down this year must come back up next year.

While jobs like zero-grazing and pulling beet are essential to keep animals fed, it is important to target drier fields when it is difficult to travel.

In the case of beet, if the opportunity presents itself to make your way to the field, pull enough to supply a few weeks – if storage allows.

Advertisement
The SMD is the amount of rain needed to bring the soil back to field capacity. An SMD of -10 means that the soil is at saturation point. 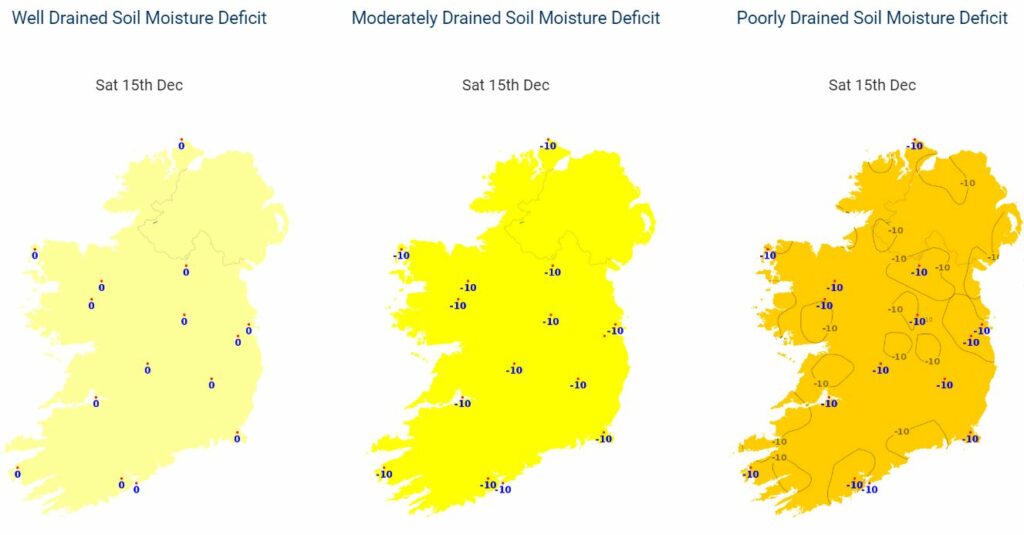 Heavy rainfall across the country pushed moderately drained soils to saturation point over the weekend.

Moderately-drained soils were above field capacity on Tuesday. Soils in the midlands and much of east of the country had SMD readings of between -2 and -4.

On the west coast, soils were reading at -6, apart from Malin Head, where the reading was 0. Soils in south Wexford had reached saturation point on Tuesday (December 11), with a, SMD reading of -10. 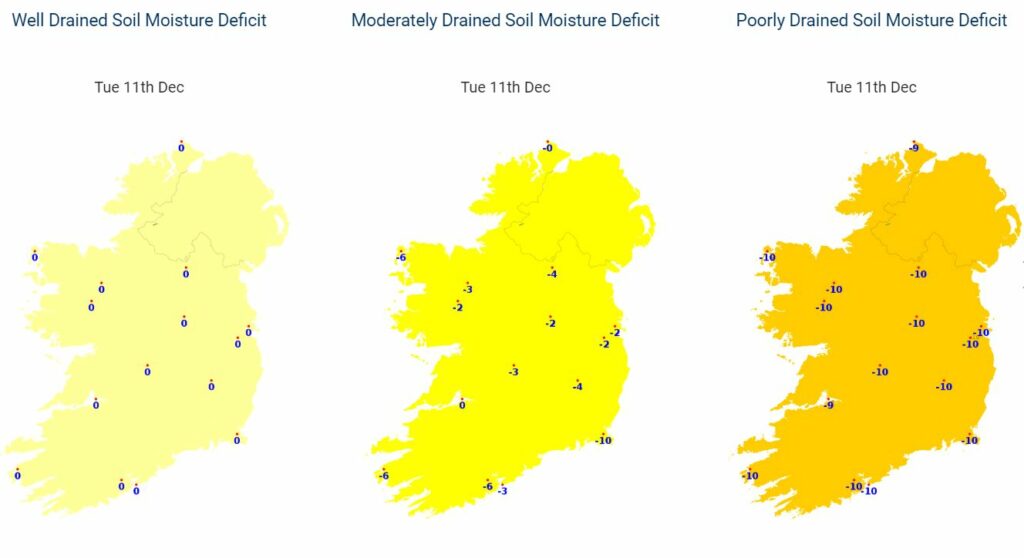 Botulism is lethal...take measures to prevent it

Grain price: Prices in the green this week