Tractor and trailer load of cattle overturned in Kilbeggan

A John Deere tractor and a cattle trailer have overturned on the Tullamore Road Roundabout, outside Kilbeggan, Co. Westmeath.

It is understood that the trailer had cattle on board at the time of the incident. The cattle were being taken to the factory at the time the vehicle overturned.

The incident occurred this morning, Friday, June 28, and it is understood no one was injured in the event.

However, the condition of the cattle following the incident is unknown.

According to sources in the local area, the incident occured on the roundabout heading on to the dual carriageway, however, it is unknown if the incident has been cleared yet.

Meanwhile, last week in neighbouring Co. Longford, a John Deere tractor and a silage trailer rolled into the Royal Canal on the outskirts of Keenagh.

It is understood nobody was injured and the incident happened on Friday, June 21.

Locals explained that the contractor was working in the area, lifting pit-silage and the tractor was returning to the field for another load of grass when the incident occurred. 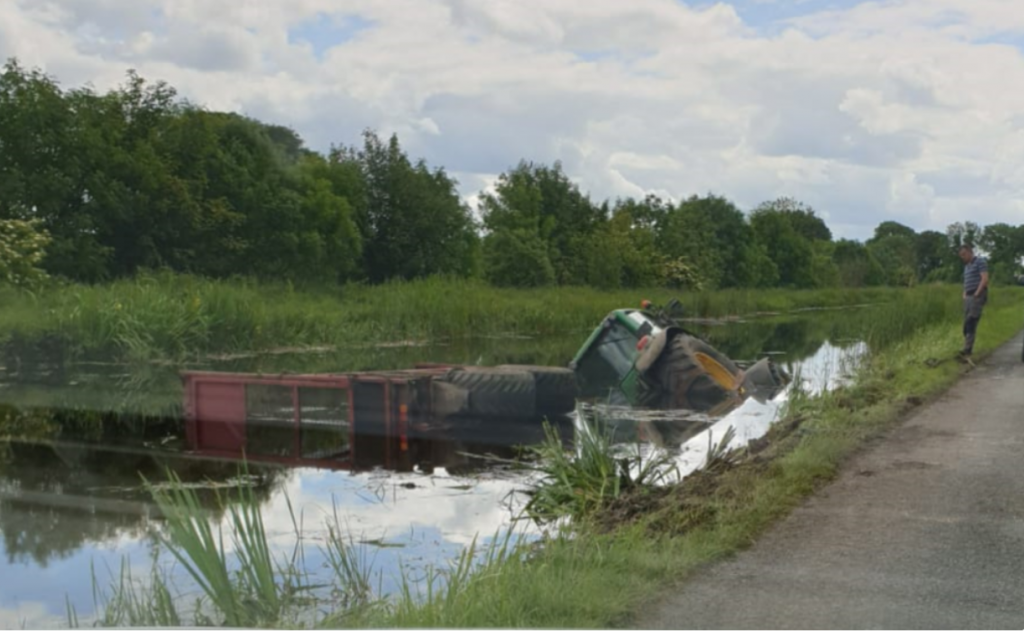 The roadway along the canal is described as “not wide enough to allow two vehicles to pass”.

The canal, which is a big tourist attraction, runs from Longford to Dublin and was originally built as a transport route for bringing goods to and from Dublin.

It is understood that two excavators removed the ‘plant’ from the canal. 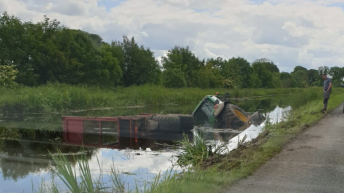