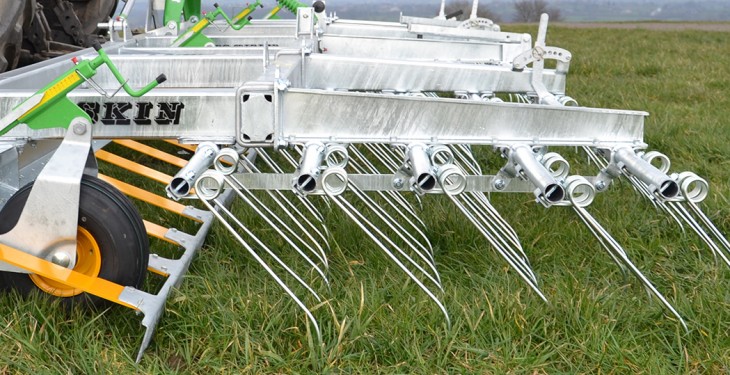 Well-known machinery manufacturer Joskin says its Scariflex aerator has already proven its worth of the aggressive flexible tines acting as a garden rake on the grass in order to remove moss, dead grass and other foreign bodies.

It says this scarifying effect is greater on the brand new Scariflex R6S5 and R6S6 models.

Joskin outlines the R6S5 model replaces the row of narrow blades of the well-known Scariflex R5S by a 5th row of flexible tines. Its aim is to further boost the meadows with a total spacing between the tines of 30cm.

The R6S6 model only has flexible tines which are distributed over 6 rows with a total spacing of only 25 cm. These ensure, with their vibrating effect, a complete work on the ground, not only on meadow, but also on grasslands or tiller lands, by way of mechanical weeding techniques, notably in the biological agriculture.