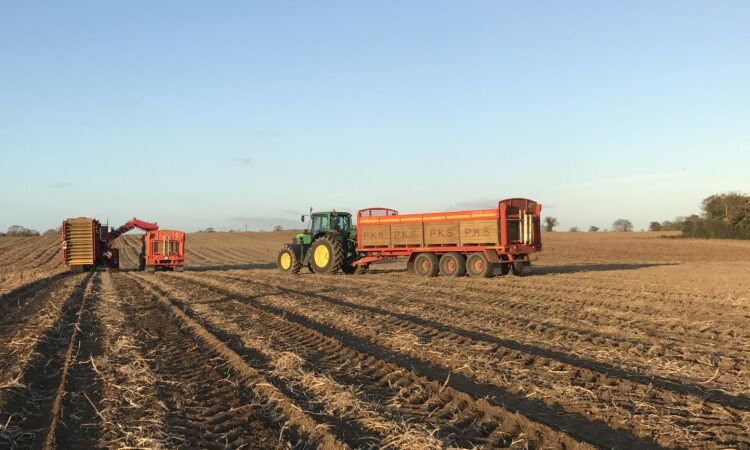 The main potato harvest started on Keogh’s Farm in north Co. Dublin approximately two weeks ago. Most will know the Keoghs for their hand-cooked crisps. Over 100 people are now employed between the farm and factory in Oldtown, Co. Dublin.

Keoghs plant about 400ac of potatoes themselves; almost all of the company’s crisping potatoes are grown on Keogh’s farm.

They also source potatoes from a network of about 25 growers from Co. Wexford, right the way up to Donegal throughout the year for the table production market.

In what is a difficult sector, Keoghs are building a sustainable enterprise. The family-run business produces hand-cooked crisps, convenient potato products and bags of the humble spud; and all in a sustainable and carbon neutral manner.

Machines were moving in all directions when AgriLand visited and Tom Keogh was delighted that progress was being made, as the harvest started a lot later than usual.

“On our own farm the harvest was very late this year. We didn’t harvest the first crisping potatoes until the first week in September.

“The earliest we’ve ever started was July 1, so there’s six weeks in the difference there between an early year and a late year.

“The rule of thumb around this area is pretty much March 17, but we had a wet end to March and planting didn’t start until mid-April. March was very cold; there was snow on the ground.”

The summers drought added labour, time and costs to this season’s potato crop.

“Drought wasn’t an issue until the start of June. That’s when we had a bit of an issue. So the crops stayed in the ground for two weeks in May, June, July and two weeks in August.

“The crop in July and August needs about 1in of rain per week, so there was a massive deficit in the ground. I think at the height of it we reached about a 95mm deficit.” 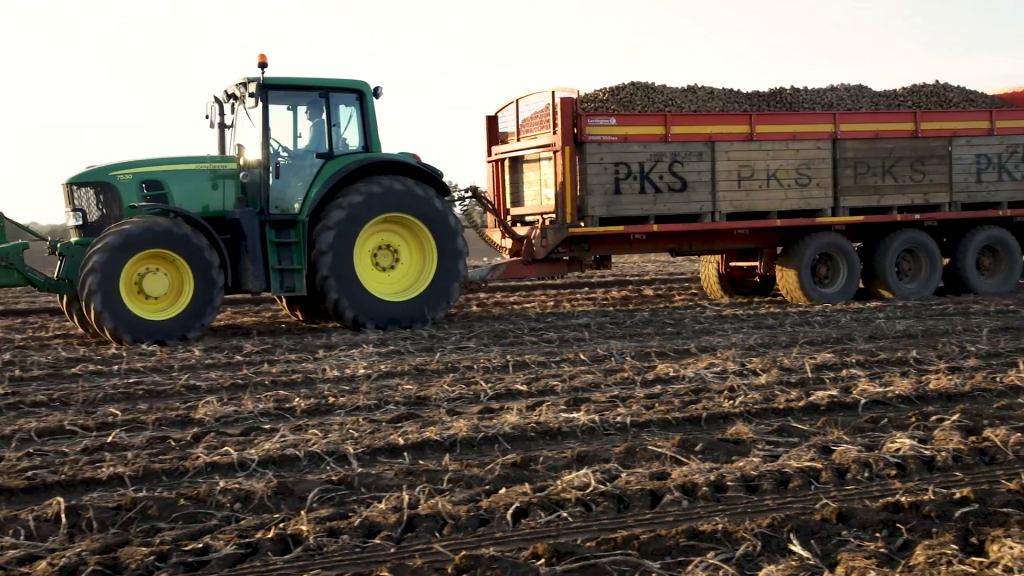 Keoghs did not reach all crops with water. Irrigation costs a large amount of money and is only practical when the supply is near.

“Luckily, we had invested in some new irrigation equipment last winter, but realistically, all that you can do is get water to crops that are near water sources.

This field that we’re in here is 60ac of Maris Piper and we have a river at the bottom of the field. We were able to take from that river and irrigate this field.

“But, then it got to a point that the water flow was that low we had to stop irrigating. We could only get water to about 15% of the crops.” 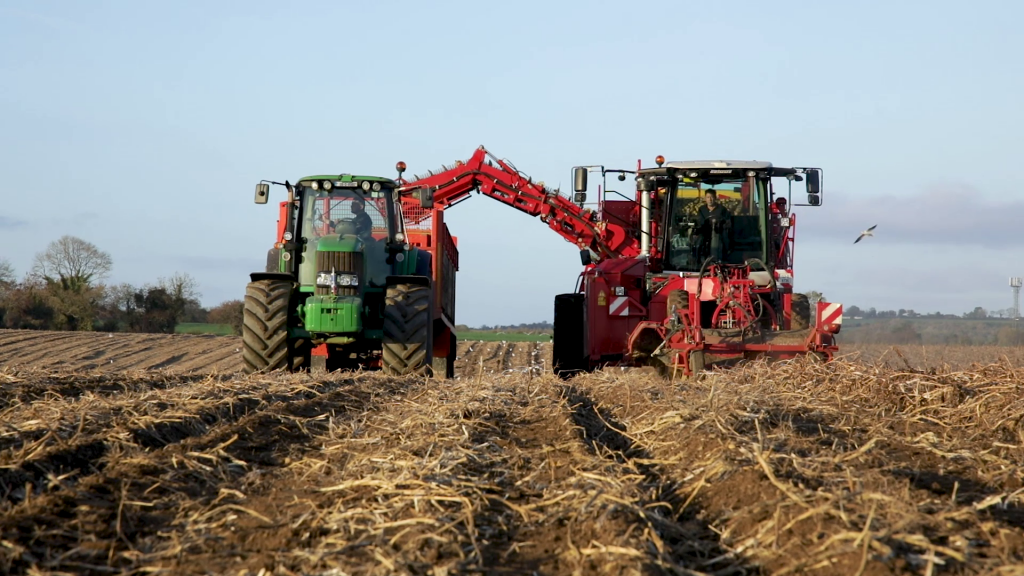 One positive to the drought was that blight pressure was down and spraying was not a regular occurrence.

“On the positive side of things, when you get weather like that, there were very few days that were conducive to the spread of blight.

“The blight application was spread way out. You didn’t have to do that at all, but the potato plants really did suffer. 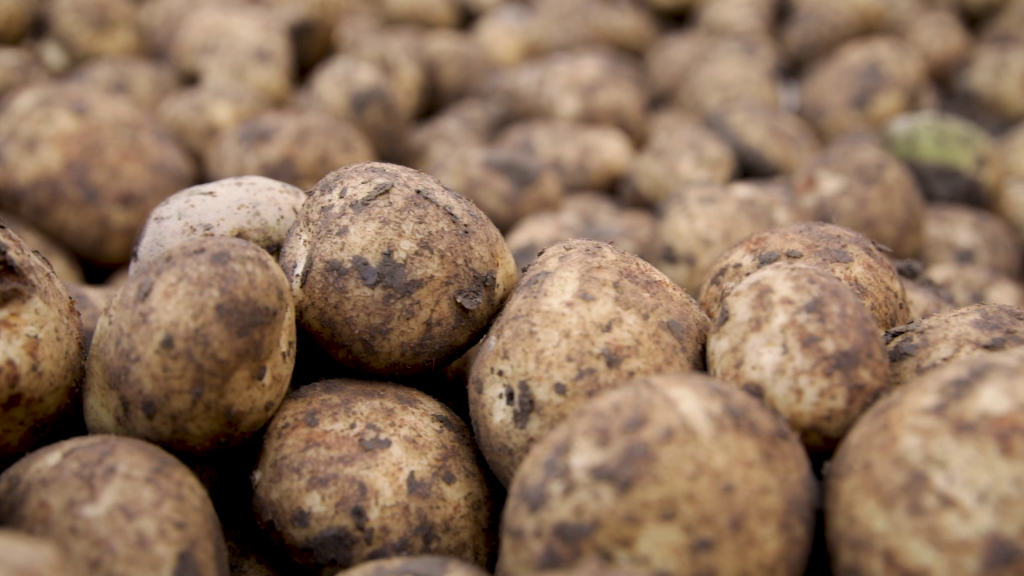 Yield is expected to be down significantly and there will be losses due to quality issues. Tom noted that the Rooster crops in particular are suffering from secondary growth.

“On the rest of the crop we had massive losses. In processing crops in particular we’ve seen losses of 30% plus. We haven’t started our main crop rooster harvest yet.

“It’s very, very late, but we’re anticipating losses of about 30% in yield, and on top of that, we have the issues with secondary growth and disease that we reckon could throw another 10-15% on top of that as well.” 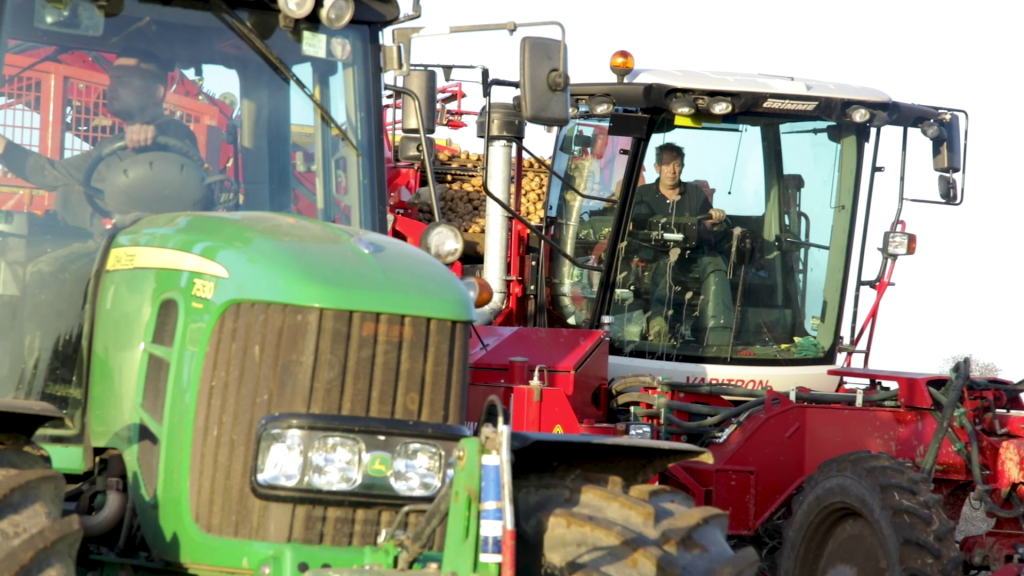 Price up due to supply issues

Price will be up, but this is due to supply and demand. Tom is confident that the Irish market will be supplied and there may be opportunity to export.

“There will be supply issues and already you can see the price on supermarket shelves has gone up considerably.

I think the real pinch on the supply chain will be seen in April or May of next year.

“Stocks will start to get a little bit tight, but I don’t see any long-term issues. You’re always going to see potatoes on the supermarket shelves.

“From an export point of view, yes; I think there will be opportunities to export overseas. We are already getting queries from retailers and wholesalers in countries outside of Ireland who are experiencing supply issues on their side.” 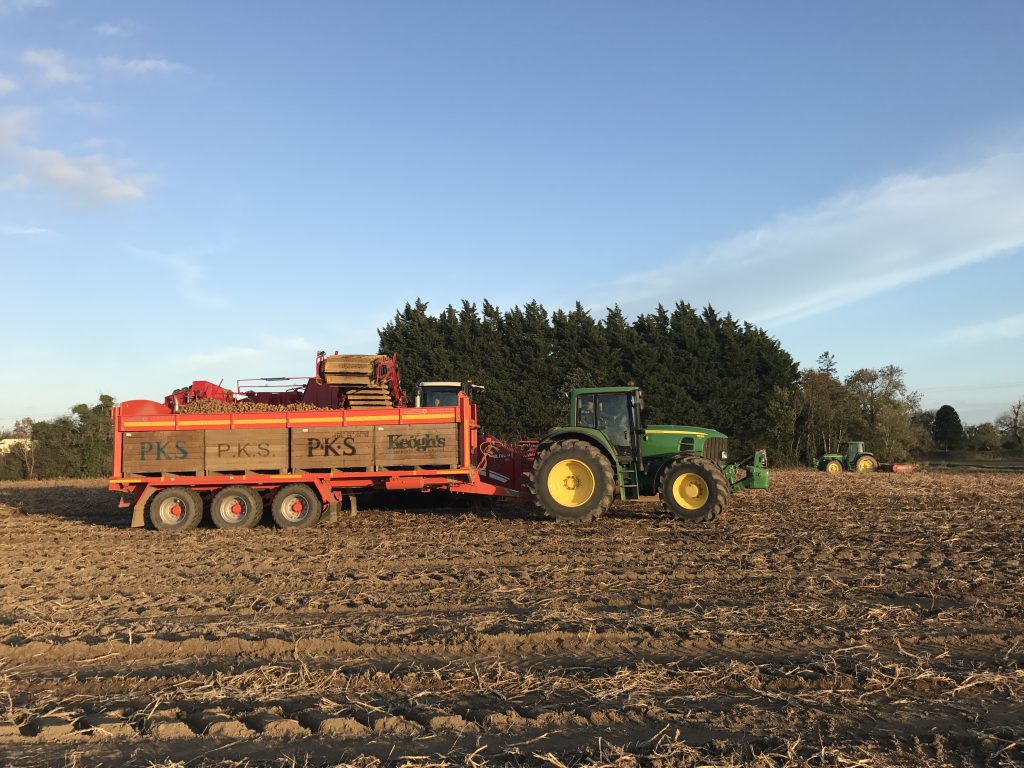 Tom explained that the dry weather is leading to tasty potatoes.

“From a taste and flavour point of view, we have amazing textures. Because of the dry summer that we had the dry matter contents are really high – so they’re really, really floury. We have very good quality potatoes this year.” 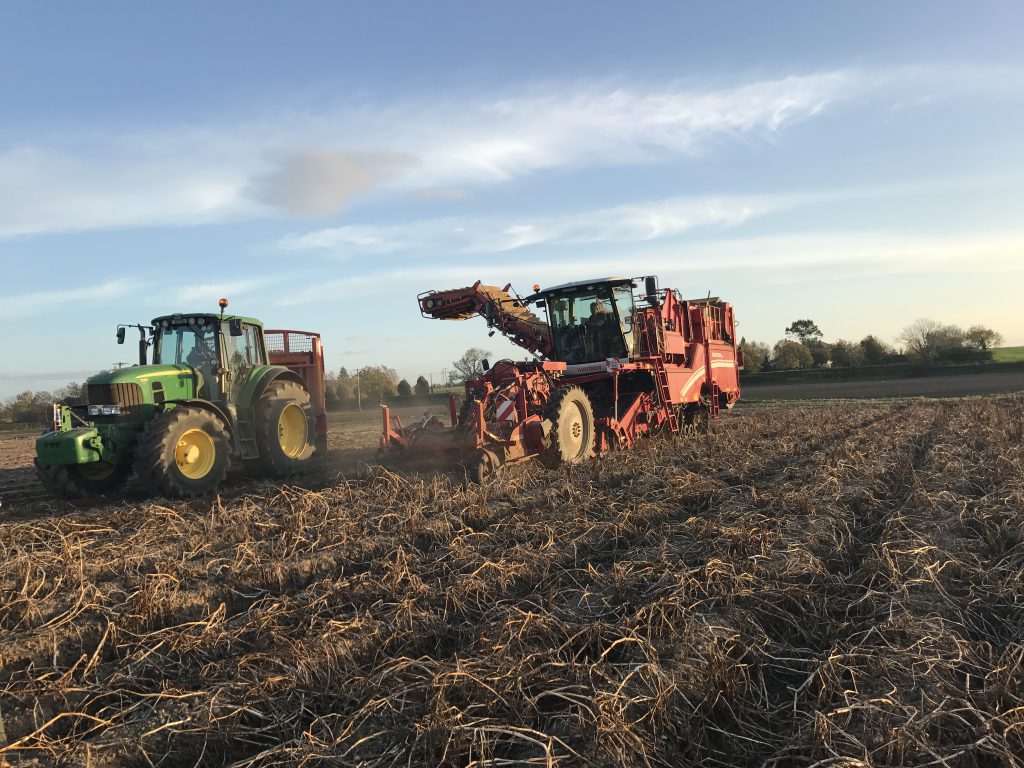 “We’re blessed in that we’ve had quite a late autumn. Weather conditions have been warm; we’ve had a little rain.

Up until last week the soil was actually too dry. There was a big risk that you could actually bruise potatoes when you were harvesting them.

“Over the last few days we got a little bit of rain, which has helped. There’s a nice bit of moisture in the soil, but it is early days and we’ve been in this position many times before and rain has come and we haven’t gotten back into the fields until February. So, please God these nice weather conditions continue,” he concluded. 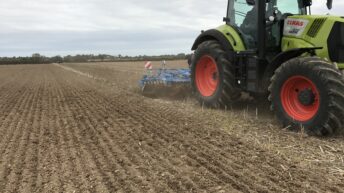