Richard McGuinness from north county Dublin and Stephen O'Gorman from Co. Wexford with Damien Fewer on a practical class in Kildalton Agricultural College

This year, 35 first year students have opted to study tillage at Kildalton Agricultural College – that accounts for 27% of the students on the Level 5 Certificate in Agriculture.

It’s an exceptional figure for the tillage industry, as the area sown to tillage crops has been on the decline in recent years. AgriLand caught up with some of the students at Kildalton, all of whom show great interest and knowledge of their sector, and are eager to keep the tillage flag flying.

We also caught up with some of the staff at the college to find out just what’s on offer in Co. Kilkenny. 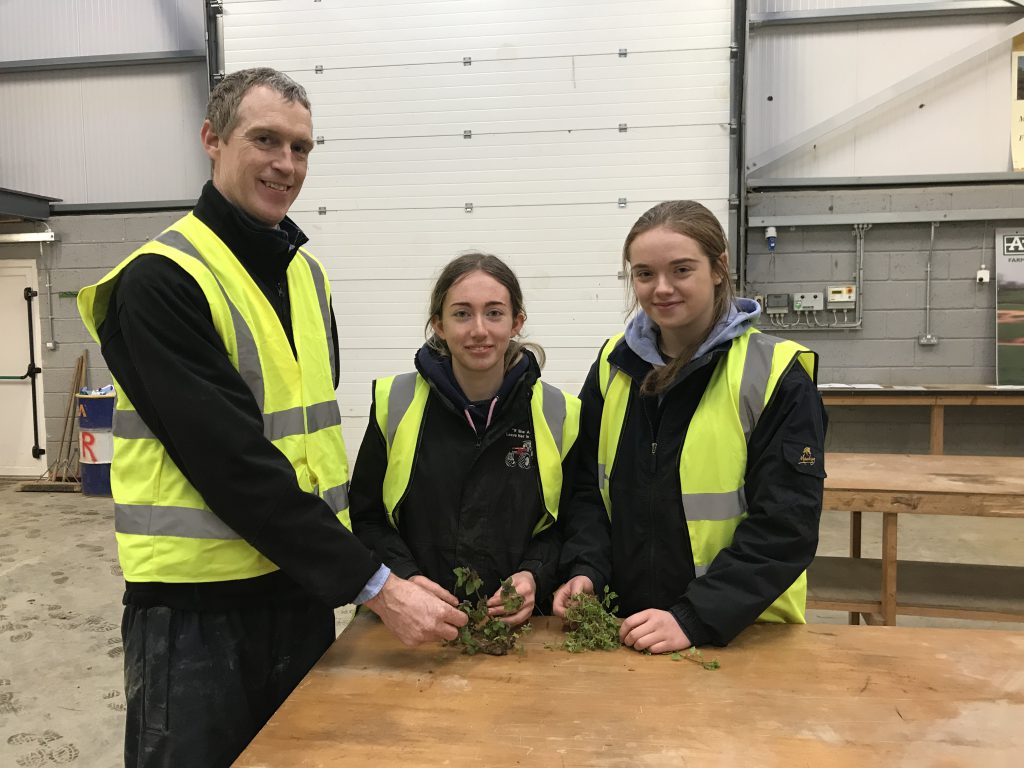 Louise Treacy, Aisling Keegan, Stephen O’Gorman and Richard McGuinness had all just returned from a four-week farm placement when talking to AgriLand. All four got some experience in a difficult winter sowing campaign.

They are back to the books and practical classes for now, but are enjoying the challenge.

Stephen, who isn’t from a tillage farm, has a big interest in machinery and has really enjoyed learning about crop establishment so far.

A small proportion of the students are not from a farm and while the rest of his colleagues that we spoke to were eager to return home Damien Fewer, the crops lecturer at Kildalton college, stated that students are “snapped up” once they leave Kildalton.

“There is employment out there. The bigger scale tillage farmers are always looking for good operators – people who can spray, spread fertiliser, work a seed drill and plough.

Some students will go on to work for a contractor; they might set up their own contracting business or they might work for a tillage farmer.

Damien added that a percentage might go on to do apprenticeships with mechanics, while some students will continue on to complete a level 7 or 8 qualification in Waterford Institute of Technology (WIT).

When asked why they chose to study crops when so many young people have been drawn to dairy, the students had some very sensible reasons.

“It wont last forever; there are too many people going into it [dairy]. It’s going to flood eventually and it’s expensive to get into too.

“It’s grand if you have a few cows at home, but if you start from scratch you’re going to have a bank manager living with you,” Louise commented. 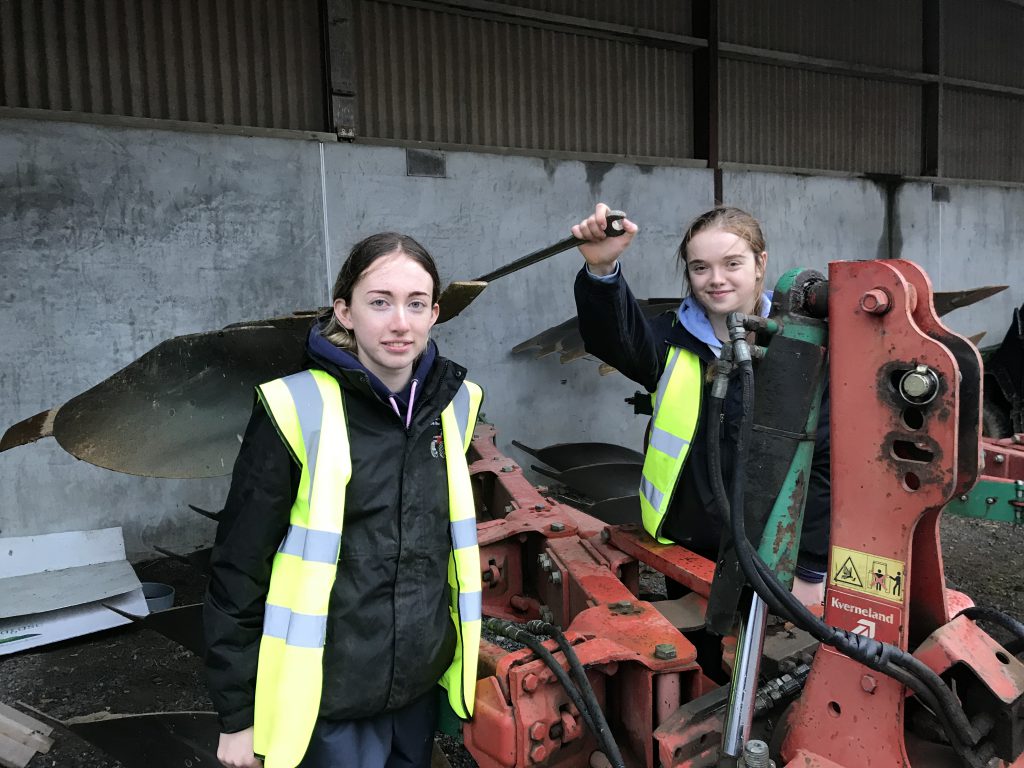 The students also noted that all of these animals need to be fed and during and after the drought of 2018 the importance of the tillage sector was highlighted when farmers provided forage crops to livestock farmers. The students believe there is a need and future in sustainable, home-grown cereals and protein crops.

The student from Co. Kildare plans to go home after college where her family have cut out the middleman and sell feed directly to farmers. The weekend before AgriLand visited, she was busy drawing beet when the weather allowed.

Her fellow county woman Aisling, believes farmers need to be growing premium crops and, being from Co. Kildare, malting barley is an obvious choice on her family farm. She hopes that more premium contracts come on stream in the future.

Richard is keen to improve crop yields and has enjoyed learning about the different chemicals available and looks forward to learning more. He hopes to travel once he finishes his studies and this – Damien says – is common among the students.

Kildalton has become somewhat of a tillage hub. The college also welcomes students from Waterford IT.

The Teagasc college offers tillage crop production at level 5 and this then leads onto level 6, where students can specialise in crops and machinery.

“A lot of the students from this group of tillage students will go on to the advanced machinery and crops course. At level 5 you learn the fundamentals of growing crops – weed, disease and pest control, crop nutrition, variety selection and crop establishment,” Damien noted.

He added that the technical knowledge goes up in the second year for each section.

Gerard Griffin is a machinery teacher at the college, he told AgriLand: “In first year all of the students do basic tractor operations, chemical fertiliser application, drive a tractor and learn how to calibrate a fertiliser spreader. Students also get the option to do pesticide application and get their pesticide user number.

Half of the students would do tractor maintenance and all students do a basic introduction to fabrication and welding.

“In second year we do a lot more machinery. We do machinery maintenance modules – from how a tractor works, to stripping down components; probably as much as a contractor would typically do themselves, but not to the mechanics level.

“As much as possible we get out and operate machines. We have a machine for everything here.”

“Pretty much any of the crops that we’re teaching in the theory classes, we have them in the college. We can go and look at them. It’s all very practical.”

“The Department of Agriculture do a lot of their variety trials here as well. There are plots in a lot of the fields. Teagasc Oak Park have some fungicide trials.

Most of the crops are established using traditional plough, till, sow, but in the last two or three years we’ve been trying to show some other establishment methods.

“So, we have zero-tillage and minimum-tillage to show students the variety of different systems that are available to them.”

In second year, students who go on to study advanced crops and machinery will complete a four-month placement and take in a harvest, carry out baling, stubble cultivations, ploughing and sowing.

By the time the students have completed the two-year course in Kildalton, Damien said: “They should be able to manage a tillage farm.

“They should be able to do everything from picking a variety, to identifying a weed and coming up with a herbicide that will kill it; complete a nutrient management plan and pick a fertiliser; calibrate the fertiliser spreader and go out and spread it.

“If anything happens in the field with the spreader or tractor they should be able to diagnose the problem.”