Artist follows seasons of a sheep year in the south-east 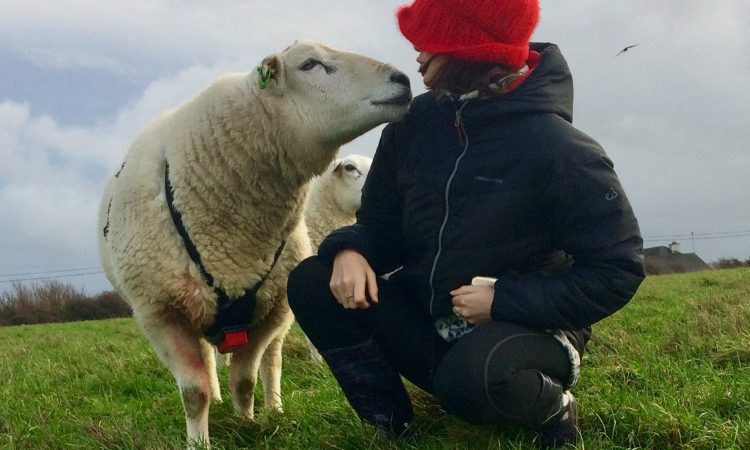 ‘Shaved Rapunzel, Scheherazade and the Shearling Ram from Arcady’ is a new publication by visual artist Orla Barry that follows the seasons of a sheep year in the south-east, where she runs a flock of pedigree Lleyn sheep.

A graduate of the University of Ulster in Belfast, Orla went on to do postgraduate studies at De Ateliers in Amsterdam. She also lived in Belgium for many years. She is now a lecturer at IT Carlow in fine art.

Orla took up farming in 2011 as a way of understanding the system and integrating back into the community in which she grew up. Farming also provided a supplementary income. Currently she has 55 pedigree Lleyn breeding ewes and 30 shearlings.

Breeding sheep is such an interesting pursuit. Farming and being outside and in touch with the earth in a practical way is a primal experience for me. This hands-on knowledge informs my artwork.

“I use it to talk about farming, ecology, nature and gender in a rural environment, to an urban public. That is so very important these days. We need farmers to be more aware of how to mediate the hard work they do towards our ever-growing city communities,” she added.

Her work deals with the physicality and poetics of oral language drawing on the tensions between being an artist and a farmer in rural Ireland.

While embedded in the reality of this situation, the book is a fictional and humorous series of short stories that recounts the artist’s tenuous and symbolic interactions with different characters and animals from her unique circumstances.

Deeply rooted in a form of artistic ‘barefoot anthropology’ ‘Shaved Rapunzel, Scheherazade and the Shearling Ram from Arcady’ reflects on the culture of disconnection from the natural environment and on the boundaries within art, gender, and the rural everyday.

It recounts the personal experiences of the artist who has left the city and returned to her pastoral roots to be reborn as a hybrid: A farmer artist.

The collection approaches language as a malleable material, taking its form from the idiosyncrasies of the rehearsal room.

This strong aspect of orality is always at the fore in Orla’s work and, as a result, this is not only a book following the seasons of a sheep year – it is a performance. All of the writing comes from physical action of one kind or another. Like much of the artist’s work, it is motivated by doing, literally research in the ‘field.’

For Orla, the combination of culture and agriculture is an ongoing activity that creates the distinctive vocabulary, tone and formal shape-making in her work.

The book contains the texts from two of Orla’s major performance works, ‘Breaking Rainbows’ (2016) and ‘SPIN, SPIN, SCHEHERAZADE’ (2019) as well as ‘The Meanest of the Flock, An Abcdery of Sheep’ by Lisa Godson.

The publication, following the seasons of a sheep year, was commissioned and produced by Catherine Bowe for Wexford Arts Centre and Temple Bar Gallery + Studios and co-produced by Kaaitheater, ARGOS Centre for Art and Media, Crawford Art Gallery, It is supported by Dublin Theatre Festival, Midsummer Festival Cork, Opera Festival Wexford and IMMA’s residency programme. 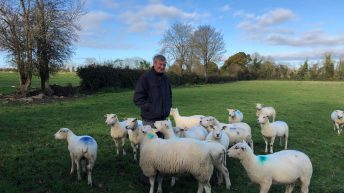