Ray O’Regan farms near Tramore in Co. Waterford. The young farmer is happy to have his spring cereal crops set following the wet winter. Next on his list is maize, which he grows on contract.

It’s a strange spring for all and while Ray has been extremely busy in recent weeks he admits that the restrictions are tough. GAA is a big part of his “normal” routine and provides a break from farming activities. Going down to training in Butlerstown is something that the 27-year-old misses in these “strange times” as he calls them.

The farm, however, brings normality back to life as inside the ditches not much has changed. Ray finished planting spring barley last week and before that spring oats had been drilled. 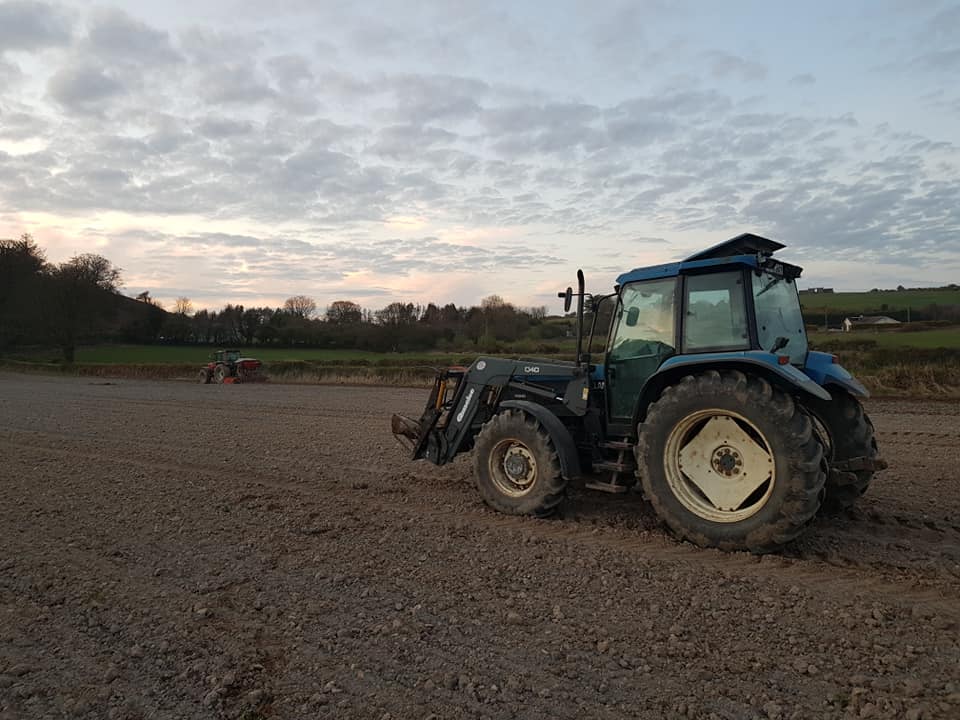 This week on the farm

This week he has finished rolling spring barley and the short break from tillage work has allowed him to get back to some jobs with the cattle.

“This week I’m catching up on some of the jobs with the cattle; getting out some of the autumn-born calves,” he explained.

I ring-rolled the last of the spring barley on Monday and we’re hoping to plough for maize at the end of the week.

“I’m waiting for the slurry to go out on it. The farmer that’s buying it is bringing slurry to it. That works out well.”

Ray has been growing maize on contract for three years and while it was a struggle to harvest the crop last year he is generally happy with the arrangement he has with a local dairy farmer and sees it as a good break in his rotation. 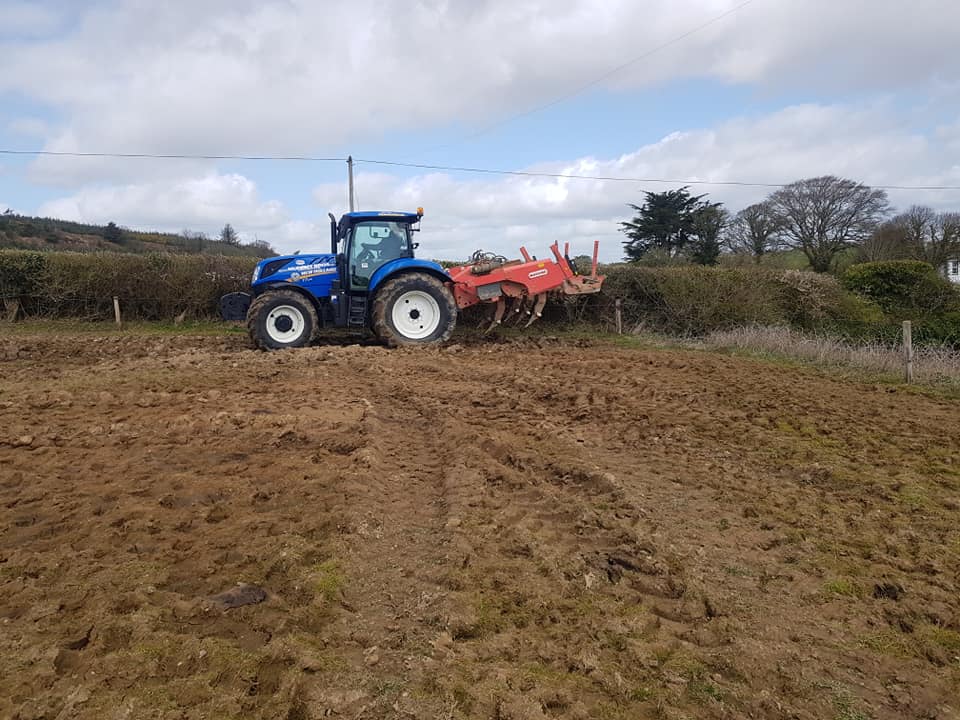 Another crop that adds value to the business is oats grown for nearby Flahavan’s. On Carriglong Farm oats are usually grown in both the winter and spring, to best suit land and to spread out the harvest, but weather didn’t allow this season.

“I get on well with the oats. The land suits the crop,” Ray noted.

Quality is number one when you’re growing oats for Flahavan’s. You need good bushel weights, quality and colour.

This year, Ray planted spring barley for the first time in about three years. Like many farmers spring barley is filling a gap where winter crops weren’t planted.

“Usually I’d have more winter barley in and this year I have no winter wheat. I would usually always have winter wheat.”

On his winter barley crop: “It’s looking good. It’s probably just hitting GS30 now. It’s patchy in places because we had so much rain. I’d be hoping it will get a little bit better. It’s probably a month behind last year.”

Ray applied plant growth regulator last week, as well as trace elements and wild oat spray. He managed to spray for other grass and broad-leaved weeds the month before.

Last week also saw the main split of nitrogen applied to Ray’s winter barley, which is a hybrid.

Ray sells his feed grains directly to another farmer, so this helps to add value to his product.

As soon as two leaves appear on the spring barley Ray will be applying an aphicide. The barley was sown in April and the farm is only a mile from the sea so it’s high risk for barley yellow dwarf virus (BYDV).

I always found with spring barley here the aphids seem to get it in the spring.

“We’d have no trouble with the winter crops. I haven’t put on an aphicide on the winter crops in about five years. It never seemed to be an issue. I suppose it’s the time of year and the numbers.”

Ray added that his winter crops are usually sown in mid-October so this practice has been paying off. 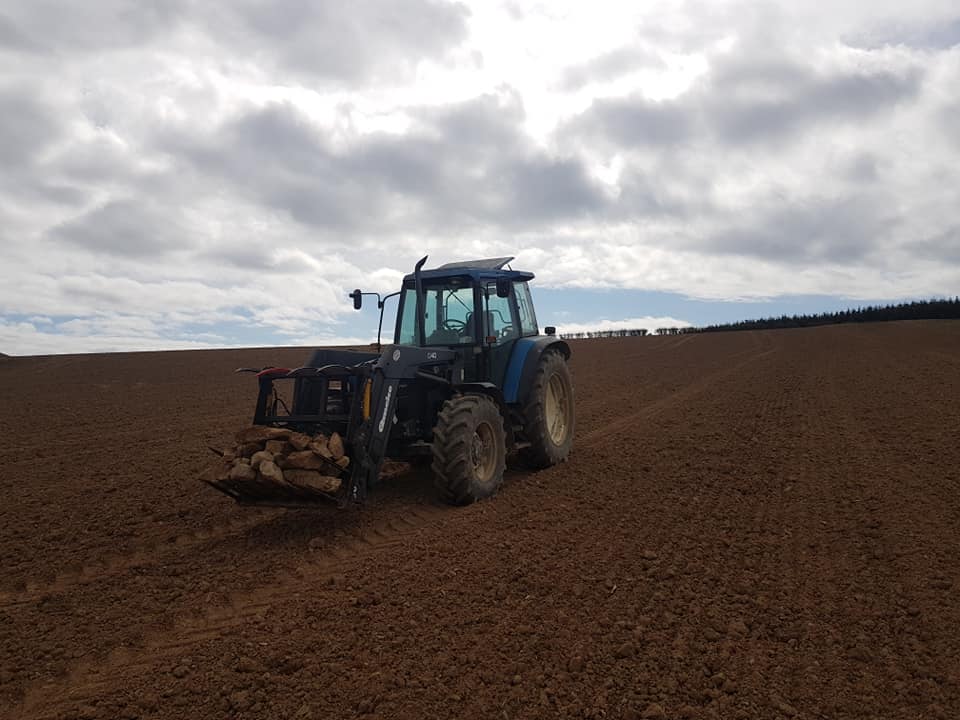 There may be a move to the direct drill on Carriglong Farm in time. In the past number of years Ray has demoed some machines and has been doing some minimum-tillage.

“We do a mixture of direct-drill, min-till and plough-based establishment. I hope to go into direct drilling.

The way I’d describe direct drilling; it’s nearly like jumping off a cliff in a way. You have to take a chance and go at it.

“We’ve had success. We’ve been growing cover crops here for the last four years and they seem to be the secret to it.” 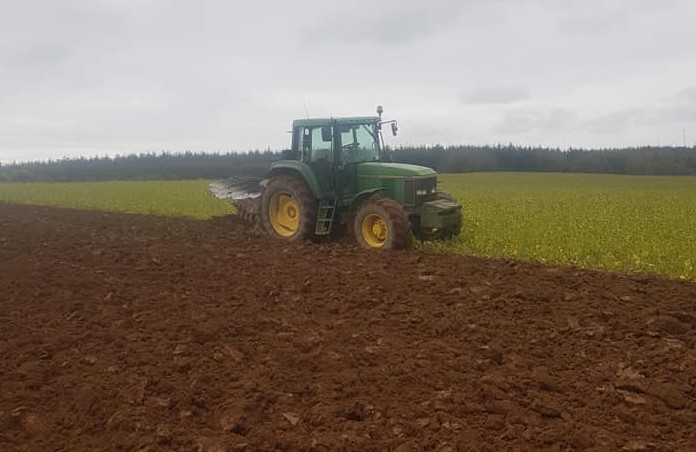 Ray is also looking at different break crop options. In previous years he grew spring rape, but oats has provided a good break for wheat in recent years.

When asked why he is thinking of converting the farm to a direct-drill system, he explained: “You can see after a tough winter that the soils are getting an awful time.

“It was getting harder and harder to work the ground so we started growing cover crops with the idea of going direct-drilling.

The reason for direct-drilling is just to improve our soil health if we can and to try and reduce costs and labour as well, which is a big thing.

Having graduated from Waterford Institute of Technology (WIT), Ray returned to Carriglong Farm and has been farming full-time ever since. His father and two brothers help out when needed as well. Throughout the year Ray also works as a relief milker.

Looking ahead Ray is worried about the price he might have to take for his cattle later in the summer, but growing premium crops like oats for Flahavan’s gives certainty to the business.

Ray regularly updates followers of the farm’s Facebook page – Carriglong Farm – of work taking place. These days he is busy sharing snaps as part of Arable April. The social media enthusiast is currently PRO of the Irish Grain Growers Group.

2020 has been a strange year so far, as mentioned above Ray plays with his local GAA club, Butlerstown. The club is currently delivering shopping to elderly residents during the Covid-19 restrictions and Ray noted that there is great positivity among people in this tough time.

“I miss the GAA, but there’s not much we can do about it.

You can have tough days on the farm, but you hang your worries up at the door, put on the football boots and go off to the field for an hour and a half and forget about it. When you come back then the day you had wasn’t as bad.

Stuck for a product name or PCS number? Check these lists...