Tillage focus: How a monthly ‘oil’ cheque has changed this tillage farm 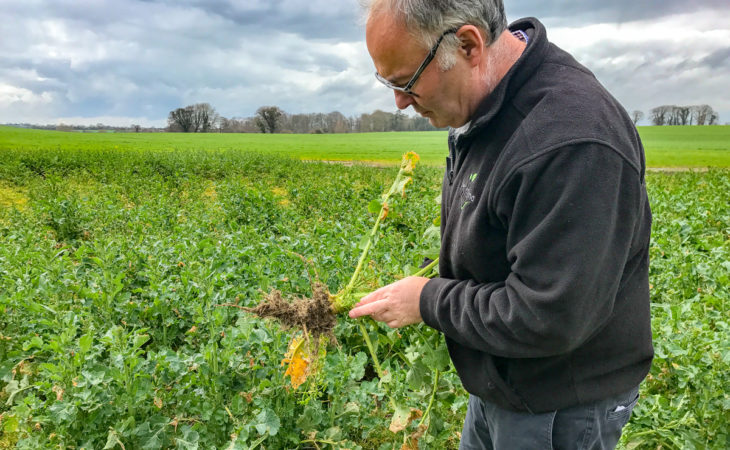 Patrick and Carol Rooney have transformed their tillage farm. Patrick no longer describes himself as a tillage farmer; he’s a food producer.

Tired of volatile commodity markets, the Rooneys wanted to add value to the products they produced, while also generating a stable income. The answer they found was rapeseed oil and it has secured a monthly oil cheque on Derrycamma Farm.

In 2009, the Rooneys began producing rapeseed oil on Derrycamma Farm, Castlebellingham, Co. Louth. Around the same time, they moved to minimum-tillage cultivation (min-till) and reduced the acreage of cereals grown on the farm.

Patrick admitted that, had he not went down this road, he probably would have taken early retirement and rented out his land. 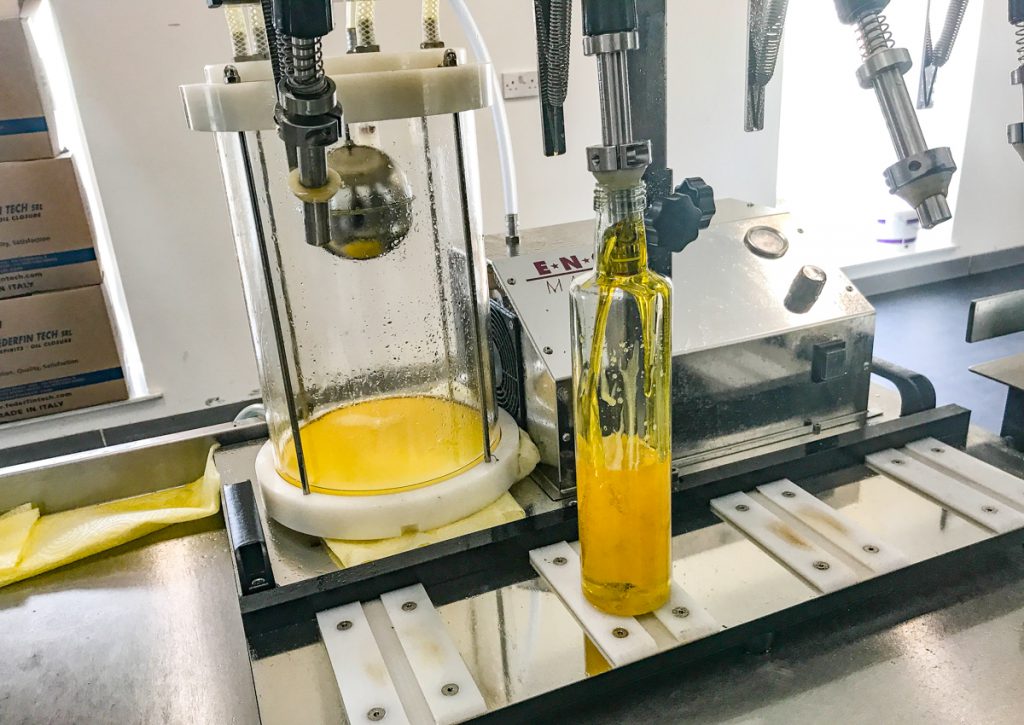 The Rooneys were exploring a move to poultry farming when they decided to produce rapeseed oil. Patrick explained that they came up with the idea accidentally.

“We were in France looking at Label Rouge chicken; but there were too many obstacles with the department.

“We had looked at rape already for biodiesel; but that didn’t stack up at all and someone said: ‘Why not press rape for culinary oil? They’re starting to do it in the UK.’

“That’s what we started doing and – unknown to us – Donegal Rapeseed Oil was doing it at the same time. We looked at a few farms in the UK doing it and it ticked all of the boxes. It gave us what we wanted.

The Rooneys are extremely proud of their product and the fact that the rape is grown, dried, pressed and bottled on the farm.

It never leaves our site from the time we sow it until the time we bottle it. We know exactly what has been sprayed on it. 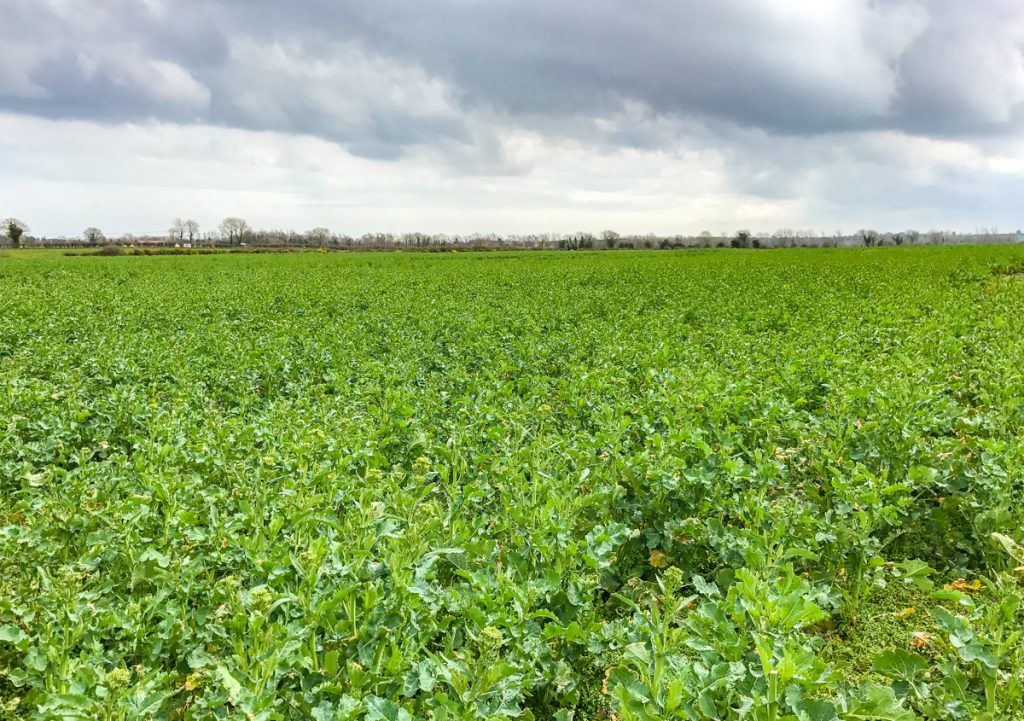 The oil is bottled every Tuesday and Thursday on the farm. 2,000 bottles can be processed in a day. If needed, this number can be doubled.

“The rapeseed drops down into the hoppers and it is squeezed with the screw presses. The presses squeeze the oil from the seed. The oil drips down into the line and the cake is left over.”

Pictured below, this goes to local farmers for feed. 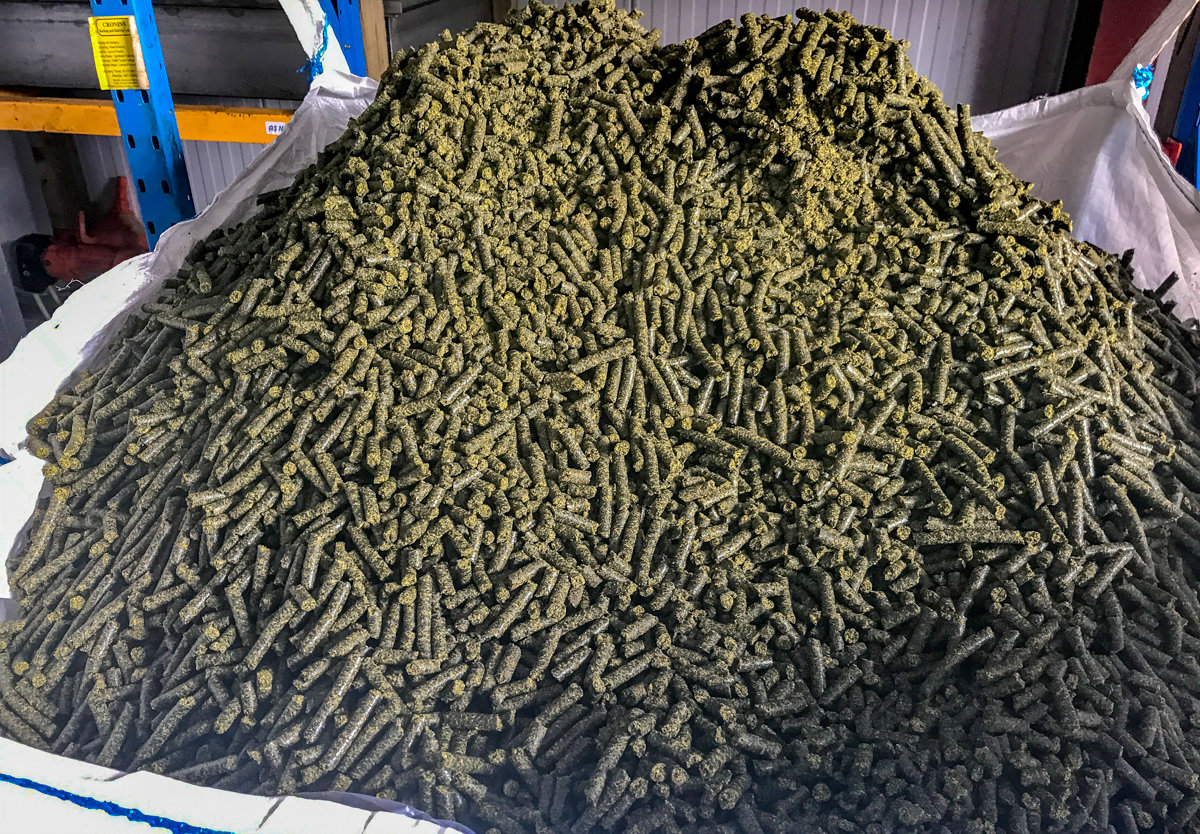 “The oil itself is captured. We filter it through basic filters. It is then pumped to and stored in settling tanks. Gravity works; the oil settles; dirt falls to the bottom; and the clean oil rises to the top. We suck the oil through an olive oil filter and it’s bottled after that.

We don’t add anything to it. It’s all pure.

Continuing, he said: “We’re putting in a brand new line in a few weeks, which will be fully automated. We would produce 2,000 bottles in a morning. We could double that if we needed to and – when we get the new system – we will easily.”

Patrick explained how cash flow and profit on the farm have greatly improved since becoming food producers.

“Once you become a food producer and start branding products, which are going direct to consumers or to retailers, life becomes a lot more interesting. You retain a lot of the profit and you retain all of the value-add.

“That value-add is easier to get and is more reliable and consistent. You can do it 12 months of the year; you’re out of the rain and the weather. Once you have the product in store, you can keep producing and keep adding value for the entire 12 months of the year. This worked a treat for us.

Wheat and barley get in our way now; but they have to be grown for rotation. We’re in a four-year rotation.

The Rooneys now sell the majority of their rapeseed oil as part of the ‘Dunnes Stores Simply Better Collection‘. Patrick said that, while he hesitated to trade under the banner, it is now the best decision that himself and Carol made.

“We talked to other producers and they were very happy with it and we decided to start producing rapeseed oil as part of the ‘Dunnes Stores Simply Better Collection’. Apart from producing rape in the first place, it was the next best decision that we made.

“Dealing with Dunnes Stores is simple. All farmers, ourselves included, underestimate the cost and time of distribution.

“Even though the distributor is another cost, they do take the hassle out of the physical distribution and getting paid by multiple retailers. Once you enter into the food game, you not only need a product and a market, you also need a route to market,” he said. 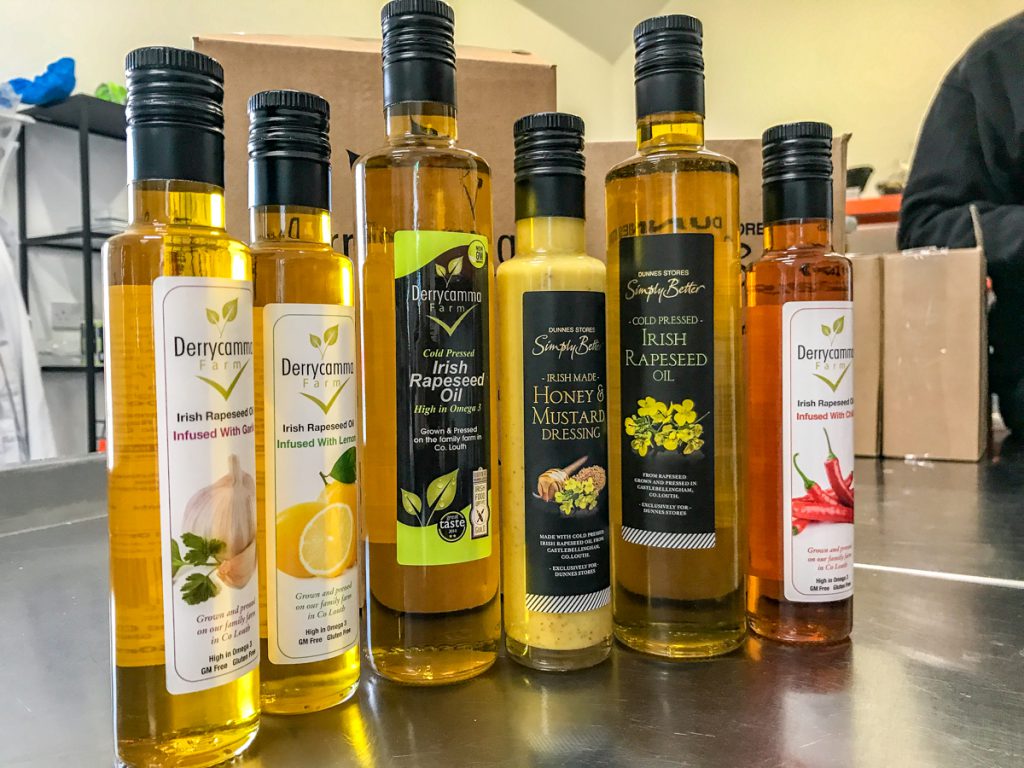 He added: “Dealing directly with Dunnes Stores means that the pallets that we have packed up and ready to go here will be collected this evening. They will go to a central warehouse in Co. Longford and straight into Dunnes Stores. We will get paid every 30 days,” Patrick explained.

Continuing, he said: “The Derrycamma label still goes to Dunnes Stores. We can be more adventurous with the Derrycamma brand.

“We have flavoured oils and dressings. We produce a dressing for Dunnes Stores as well – honey and mustard – that won a European supermarket award. It sells very well in the summer.”

Brian McLeer is the farm manager at Derrycamma Farm, while Gerard Garrigan looks after storing, drying and pressing the rapeseed.

“The oats are looking well; the barley is okay. What worries me is the wheat – it’s struggling,” Patrick explained.

Patrick is up to date with field work. The oilseed rape received a disease spray before Christmas and has received fertiliser. The crops on Derrycamma Farm are all winter crops, including the oilseed rape. 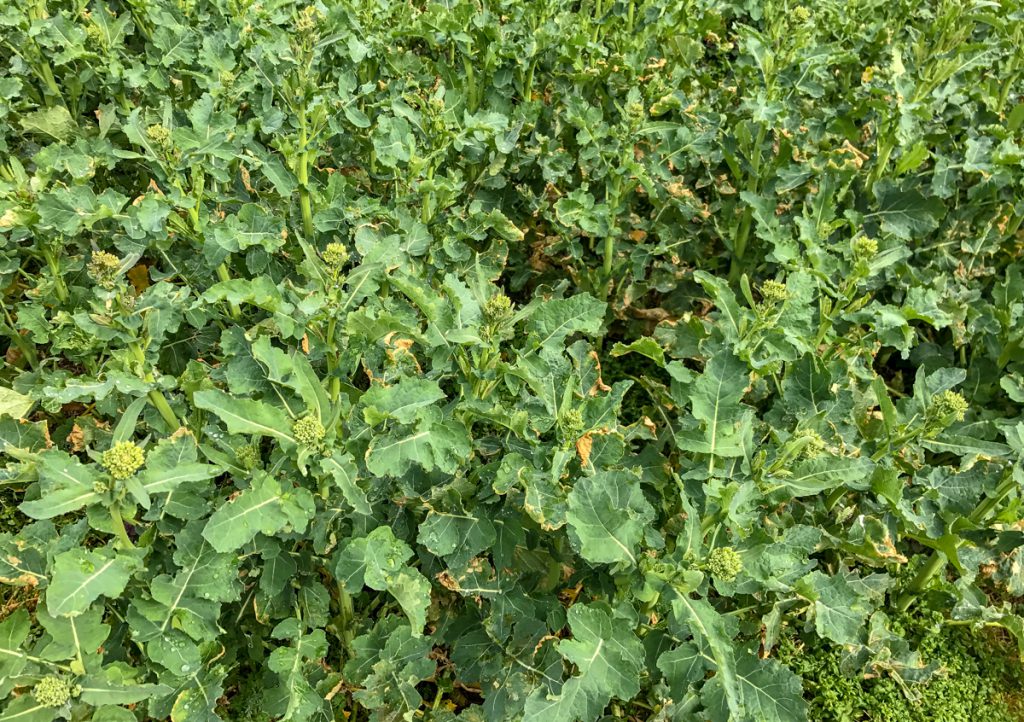 Patrick believes that using min-till and poultry manure has improved the soil fertility on his farm.

“In the last few years, we’ve watched our soil organic matter levels and they have increased with the use of min-till and natural manure.”

When it comes to harvesting, the rape is allowed to ripen naturally before being cut with the combine on Derrycamma Farm. New varieties have helped to take the risk of pod loss out of harvesting.

“Now, with the new varieties and the anti-shatter pods, the crops don’t suffer the wind damage that they used to 10-15 years ago.

“Leaving the rape plants for another two weeks doesn’t seem to bother them that much and we get most of the crop ripe at that stage and we harvest it. 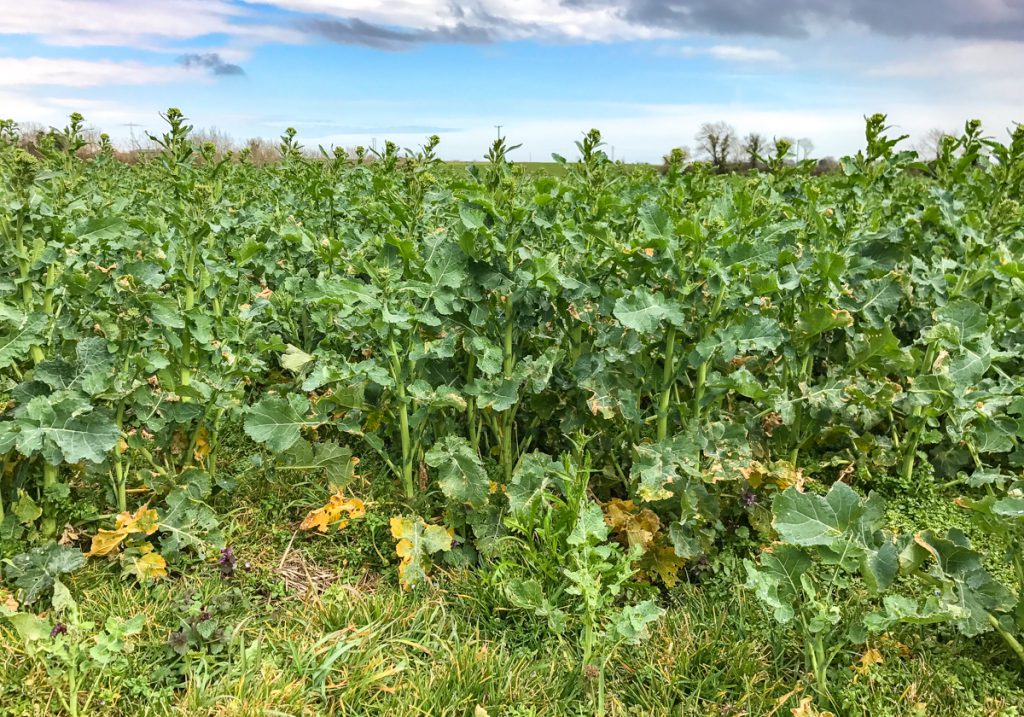 Concluding, he said: “If you are a farmer, before you spend another €100,000 on farm machinery, look at the opportunities to add value to what you produce.

Spend the money on production or packaging machines and the rewards will be much greater.

“With grain prices in the doldrums, it doesn’t matter if you produce another quarter of a tonne in yield when you could be adding real value by giving the consumer what they want.” 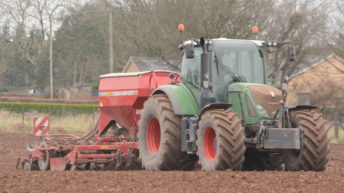