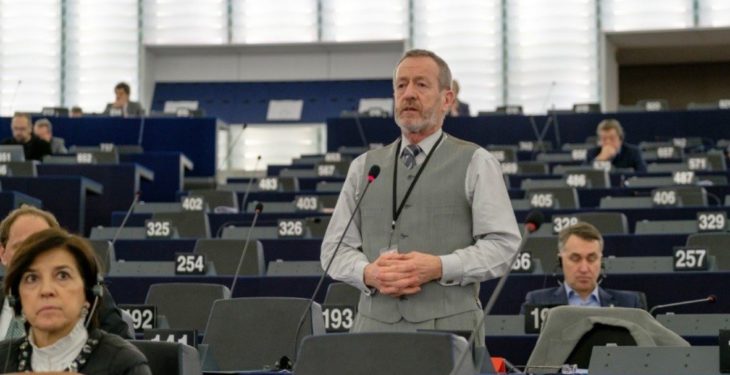 Sean Kelly, MEP for Ireland South, has urged the European Union to grant an extension to the Brexit deadline date, and not to be “awkward” about the reasons for allowing a delay.

He was speaking after the UK held two votes this week; one on Tuesday (March 12) to reject the negotiated withdrawal agreement, and one on Wednesday (March 13) to avoid a no-deal Brexit.

“No-deal has been ruled out, but they haven’t said what deal they’re going to rule in,” said Kelly.

An extension is inevitable, and rather than the EU being awkward about it, and saying we can only grant it in certain conditions, we should just say ‘let’s have an extension’.

If the UK government requests an extension, it will have to provide reasons to the EU for the necessity of pushing out the deadline date – which is currently set for March 29.

Kelly argues that the EU “should not be too hard” on this issue, and that an extension should be granted if “there is some logic” to those reasons.

“Definitely, at this point in time, to avoid a crash-out at the end of March, the EU should grant an extension,” he claimed.

Something needs to happen; that takes time, and as we see, things move very slowly in the House of Commons. It’s very hard to get a workable solution for anything there right now, and time is the only thing that might sort this out.

Kelly also argued that, if an extension is granted, the onus will be on the UK to determine a way forward.

“The EU has gone as far as it can with its bottom lines on protecting the single market and ensuring there will be no-hard border on the island of Ireland,” he said.

“I think, after these votes, the [UK politicians] now realise that they have to do something themselves internally; they can’t be blaming the EU all the time,” he added.