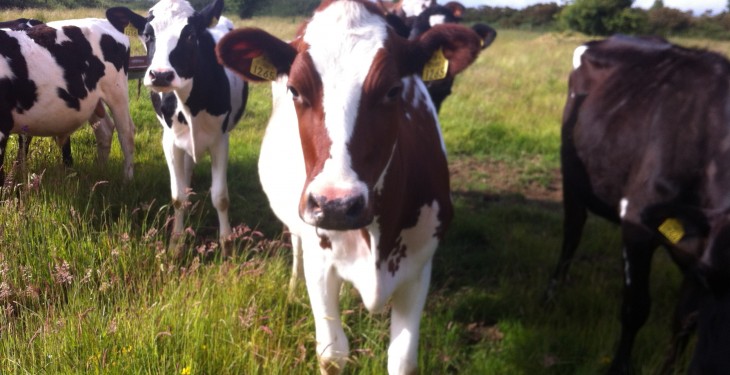 This week’s Tweeting Farmer is Hilda Brady who is married to Gerry. They are from south-west Cavan on the Longford to Leitrim border. They have a 120-acre farm where they have been milking dairy cows since the 1970s.

“We have a dairy farm with a mix of shorthorn, jersey and aryshire breeds. We used to milk Holstein Fresians but decided to change to a hardier breed a few years ago. Gerry is the third-generation farming here. After we married, Gerry took over the farm from his father. Over the past 20 years or so we have developed a system of building up organic matter in the soil rather than putting out fertiliser, for example earthworms and microbes that break down organic matter. As a result we have very good grass growth. We haven’t used artificial fertilisers or lime since the mid 1990s.  We find it more profitable and more rewarding and satisfying.”

Life on the farm

Cows are milked at seven and this usually takes an hour and a half. Then calves need to be fed and cows need to be put out. We wouldn’t get in for breakfast until about 10.30am. Every day is different.

We have our own round baler and make our own silage, so a lot of days would be spent making bales or putting out a bit of slurry. We spent all day Saturday power washing the milking parlour. No two days are the same.

Most days Gerry takes an hour or so to walk the farm to measure the grass, see how it is growing and keep an eye on the general situation. We produce winter milk that’s used in Baileys Cream, which means we milk all year round. We have cows calving at the minute and then also in spring. Winter milking means that milking goes on all year round. We milk the cows again in the evening around five and usually get in at the end of the day for eight.

Our milk is collected three times a week and it goes to Lakeland Dairies. One thing we can be sure of is we’ll never run out of work!

Although it can be tough we do love the lifestyle you get with farming. We love working outside and having the freedom to be your own boss. This year was also excellent for grass so we find there is a lot of positivity around farming after the good year. After a long day on the farm we always finish off the evening playing a few tunes on the fiddles as we both enjoy playing Irish music!