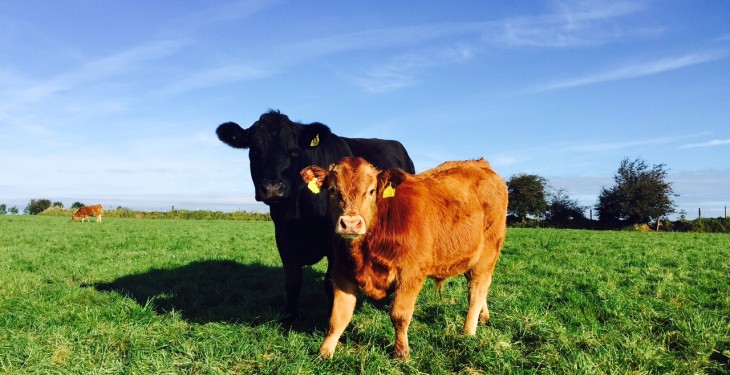 Farmers should not be afraid of the new Beef Data and Genomics programme, according to Progressive Genetics.

Ross Hamilton said that while many farmers are confused by the scheme, when farmers actually look at their herd’s status on paper they have little to be scared about.

“Farmers have been bringing their indexes into us and from what we have seen most have at least 40% of their herd qualified already. On top of this 40% of farmers already qualify for the 2020 targets,” he said.

Hamilton said farmers can use balanced bulls that are good, both on the maternal and terminal side.

“Farmers don’t need to be frightened off the scheme.

“Replacement traits is something that people have been ignoring in recent years. Some farmers had viewed their best cows as the best terminal cows which is not always the case.”

‘There’s something wrong with suckling’

According to Hamilton, a lot of the criticism of the new scheme has been unwarranted.

“What it boils down to is the fact that there are 1m suckler cows in the country.

“So there is something wrong with suckling and I hope this scheme over the next 10 years can help fix a lot of that.”

To ease some of this worry, the AI company launched a new guide to the scheme at this year’s National Ploughing Championships.

The booklet has been produced in consultation with Teagasc and the ICBF and it details the scheme, successful use of AI, synchronisation programmes, heat detection and more.