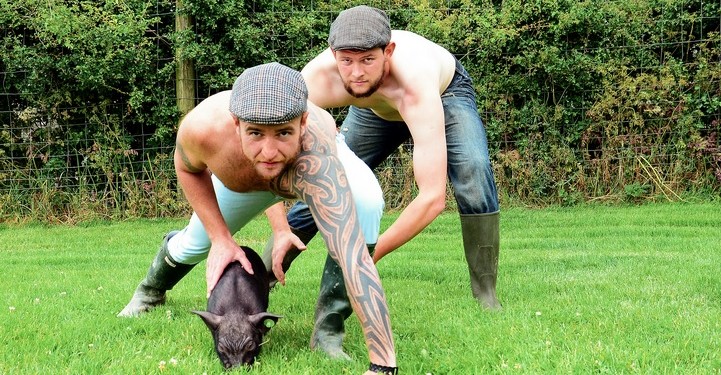 Topless Irish farmers are going stateside; after the creator of the Irish Farmer Calendar, Ciara Ryan signed a deal with US publisher St Martin’s Press.

The Irish Farmer Calendar is in its seventh year and features photos of farmers posing topless with animals.

A quarter of the proceeds will go to the charity Bothar.

Ryan said that interest in the calendar this year is far exceeding previous years and the feedback has been tremendous. The first order for the 2016 calendar came from Germany.

Ryan, who’s from Dundrum, Co. Dublin, came up with the idea after she noticed that there were lots of calendars of firemen and beefy guys so she thought why not do one with farmers.

“I got made redundant and decided to do this; it’s an enterprise with a heart,” she said.

“A literary agent got in touch with me last November and started pitching it. Then in April I found out it was going ahead,” she said.

“It features interviews with the farmers and it will be a coffee-table book with images from the past seven years.

“It’s very hard to get farmers to do it to be honest. Some guys have appeared three or four times. The people that do it are fun and up for the craic,” she said.

The book will initially launch on St Patrick’s Day 2017 in the US and 10% of the proceeds will go to Irish farming charity Bothar.