Maxi the premature Angus calf that only measured 59cm at birth!

A Galway farming family were surprised recently after one of their pedigree Angus heifers calved a bull calf three weeks premature.

The premature birth meant the calf was smaller than the average calf at birth and measured 59cm in height.

Mairead Quinn, along with her father and family, runs a suckler farm in Co. Galway with about 35 cattle and are about halfway through calving. 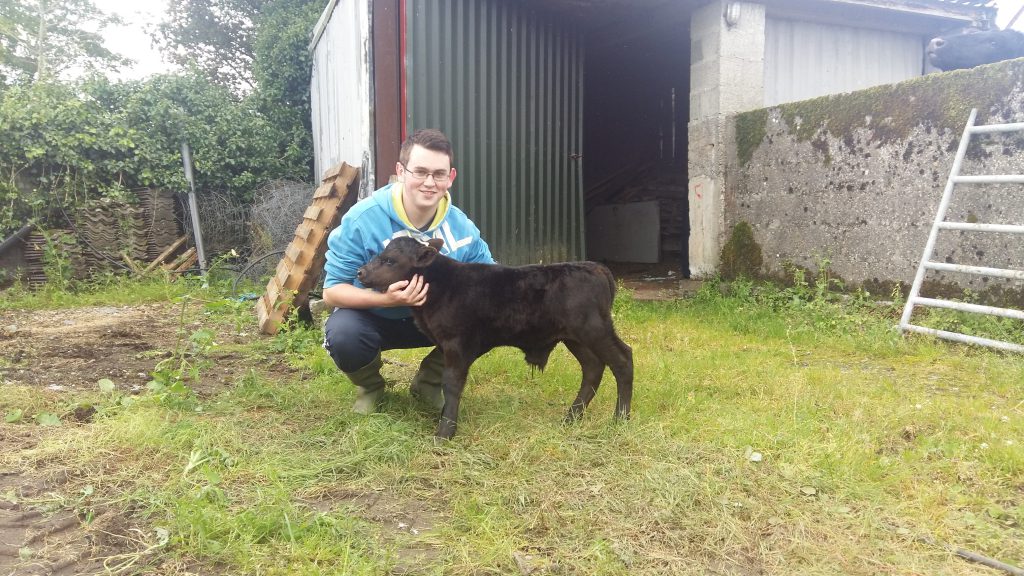 She said that the heifer was scanned in the new year but that they weren’t expecting the calf for a few weeks.

“She calved around six on a very wet evening and when went up to the field he was nearly dead.

“We brought him to the house and stomach-tubed him and he slept in the utility room that night. Then we put him under a red UV lamp on Friday in the garage.

“He hadn’t walked properly yet so we brought him out to the back garden and taught him to walk. Then we put him with his mother after three days,” she said. 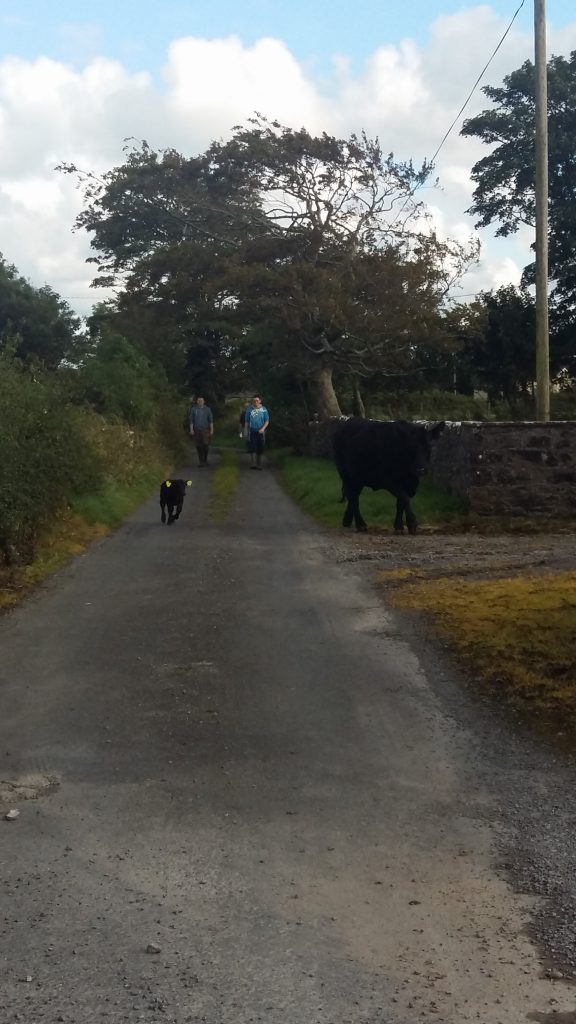 “They took to each other no bother and now he’s back in the field with her, no bother to him. The two of them are perfect, they’re flying out in the field,” she said.

Mairead said that since the calf’s ears are so small the tags are too big on him so they’re flopping about when he’s running in the field.

She said that she hopes to train him up to be a pedigree bull to show him and then to sell him.