The area of winter wheat in Ireland is down 15.6% year-on-year, the Central Statistics Office (CSO) has said.

Eamonn Lynch, a Teagasc Consultant in Cork has said that the winter barley increase in the country (up 15.6%) has the potential to become a major problem in tillage crops.

According to Lynch, the area of winter barley has increased by 40,000ha, which has caused a corresponding decrease in the winter wheat area (20,000ha).

Lynch added that many farmers have increased the proportion of winter barley grown due to the increased economic benefits of growing this crop.

“Winter barley is generally about a tonne to acre above spring in terms of yield, when the costs of production are considered you are getting a better return on your investment from the extra yield,” he said.

According to the IFA, this is the lowest potato area planted on record.

IFA Potato Chairman Eddie Doyle has said two years of abysmal farmgate prices have resulted in a record low in the area of potatoes planted this year in Ireland.

With harvesting of main-crop new season potatoes starting in earnest this week, Department of Agriculture figures reveal the area of potatoes planted in 2015 represents the lowest on record, it said.

The IFA has said that between this year and last there has been a drop of 25% in the area planted.

Commenting on the reduced area, IFA Potato Chairman Eddie Doyle said that he is not surprised.

“Due to the terrible farmgate prices endured by potato farmers over the past two seasons, we now have only 8,000ha of potatoes in this country and any further drop in this acreage would leave the industry unsustainable,” he said. 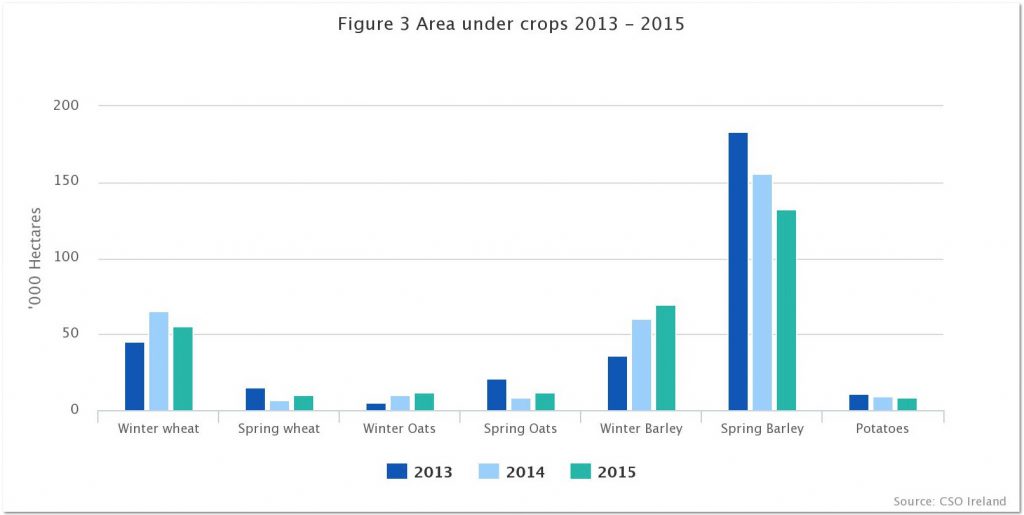