Growing on the success of its debut at Balmoral Park last year, preparations are well underway to make 2015 even bigger and better, organisers said.

The NIPA’s annual event provides a platform for over 50 qualified competitors from the North and the Republic to compete in many different classes including: World Style Conventional and Reversible, Vintage, Horse, Horse Style and Appearance and Ladies.

Organisers said that with the new Eikon Exhibition Centre as the backdrop and acres of fertile neighbouring land to plough, excitement and anticipation is building.

William King MBE, NIPA President, thanked the local landowners saying the NIPA is indebted to Dr. Helen Fullerton, Kay Magill and Mr and Mrs T. Thompson for kindly allowing the NIPA to use their land.

“This gesture allows the event to grow and offers us the perfect location to showcase our competitors’ talents as they compete for various titles.

“It falls to me as President to thank our sponsors, Doc’s Catering, Donnelly Group and Lisburn and Castlereagh City Council (LCCC), for supporting us and allowing the NIPA to focus on putting on a great show,” he said. 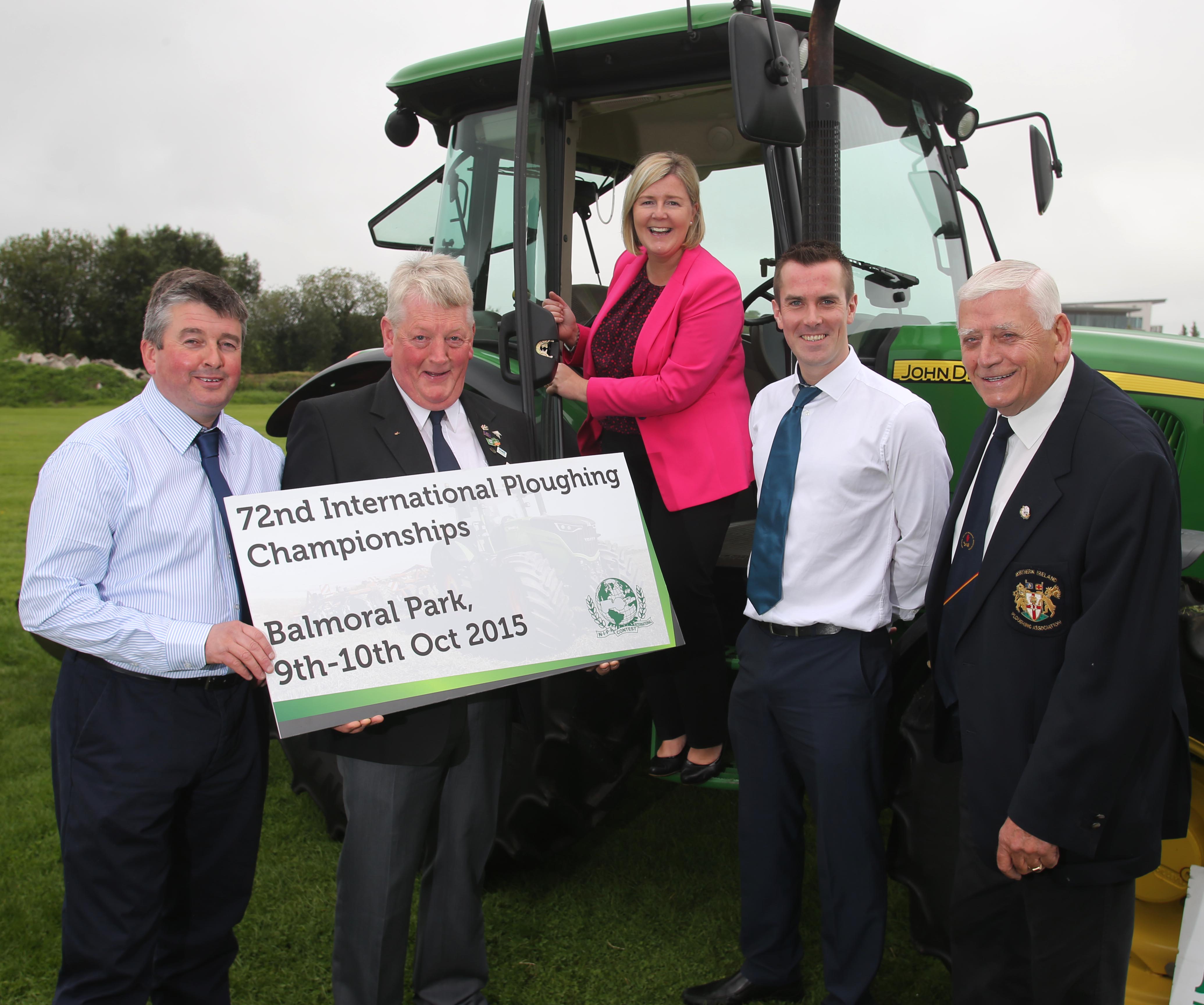 From sheep dog trials to a Clydesdale Horse Show, visitors have plenty to see and do and in addition to machinery displays, bouncy castle and 4×4 dirt tracks, there is lots going on to keep the whole family entertained.

Under 12s go free to the event and there is free car parking. The two day event is an opportunity to see top ploughmen displaying their skills for the honour of being crowned a Northern Ireland Champion and representing their country on European and World stages.

The announcement of Farm Madness, an agri-themed mud run at the International Ploughing Championships, has stirred excitement, with teams rushing to sign up to raise money for Marie Curie, organisers said.

A 5km track around the Ploughmen, will see mud runners clamouring around, over and through mucky obstacles as they tackle sheep pen chicanes and round bale obstacles.

“The society staff are very pleased to be working with the NIPA team, building on the great work of last year and producing and promoting this excellent event that we are sure will attract more and more visitors each year,” she said.