The Late Late Toy Show’s rapping farmer has been reunited with his field!

The rapping farmer of Late Late Toy Show fame, Fionn Molloy, was reunited with his field on Friday’s ‘Today with Maura and Daithi’ on RTE.

The small farmer from Co. Offaly was delighted to be presented with his very own field, complete with title deeds.

Sinead Molloy, Fionn’s mother said, he was heartbroken when he couldn’t bring home his field after the Toy Show last weekend.

However, Padraic Cuddy, creator of ‘The Field’, ensured it wouldn’t be a barren Christmas for this budding IFA chief when he personally delivered it to Fionn just in time for his TV appearance on Friday.

Cuddy said that when he heard that Fionn was lost without ‘The Field’ he travelled to the RTE studios in Cork to ensure it was there on time.

Fionn was speaking to Daithi on the show when the presenter surprised him with his very own field for Christmas. 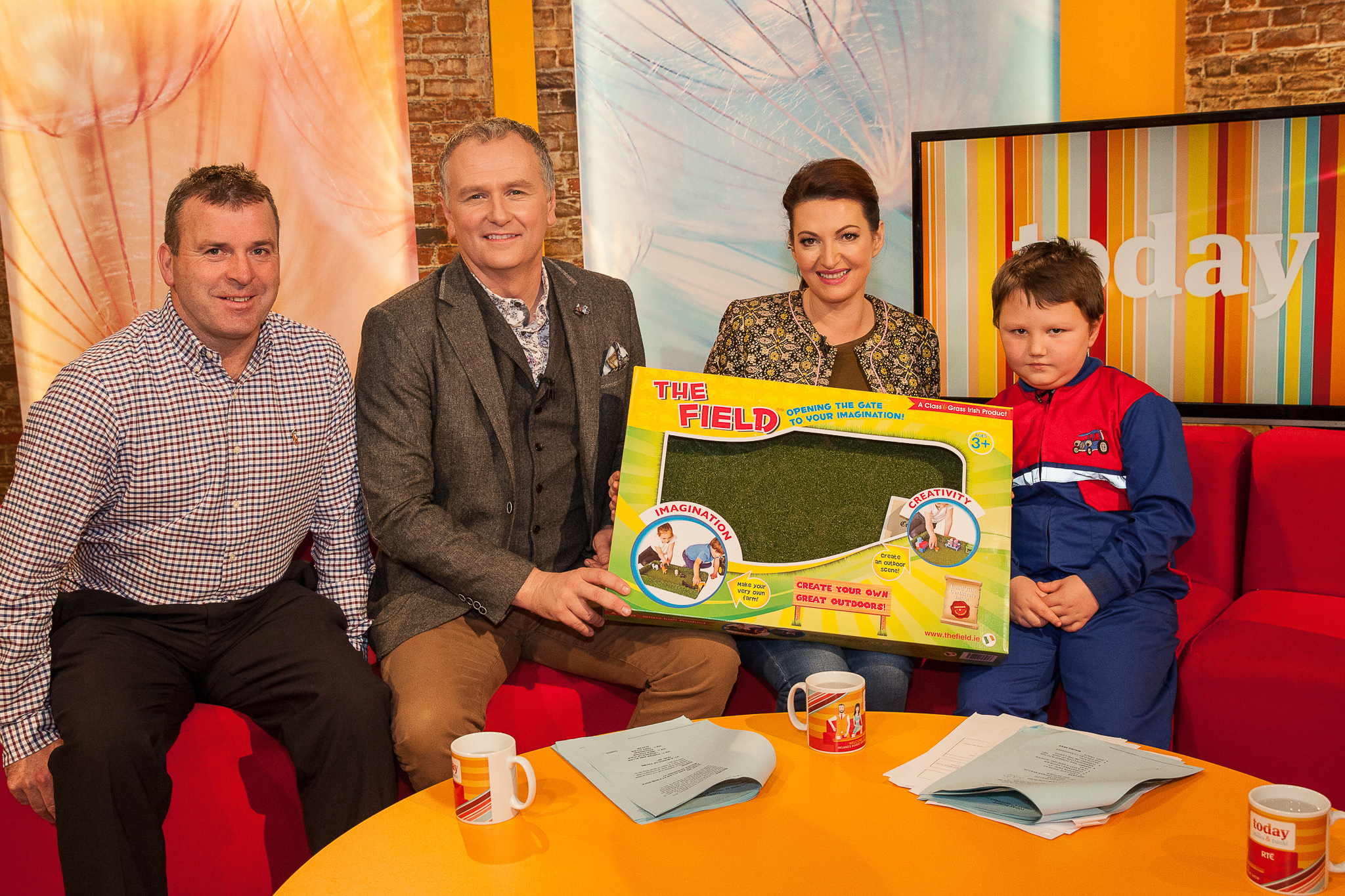 ‘The Field’ is the brainchild of Cuddy from Castlecoote in Co. Roscommon.

The idea for it happened last year, when Padraic decided to get some of his artificial grass and knock a basic timber and grass base structure together for his son Tommy, so that he had a play area for his toy cattle and machinery.

The three-year-old enjoyed the creation and soon interest in ‘The Field’ picked up and it was a hit at the National Ploughing Championships.

The young farmer has also composed a follow-up ‘rap’ dedicated to ‘The Field’ and you can see Fionn’s recent TV appearances on the RTE Player.