October milk production in the North 1.2% higher on last year

Milk production in Northern Ireland in October 2015 was 1.2% higher than October 2014, figures from the Department of Agriculture and Rural Development (DARD) show.

From January to October 2015, some 1.9 billion litres of milk have been produced in the North. In the corresponding period in 2014, some 1.8 billion litres were produced. 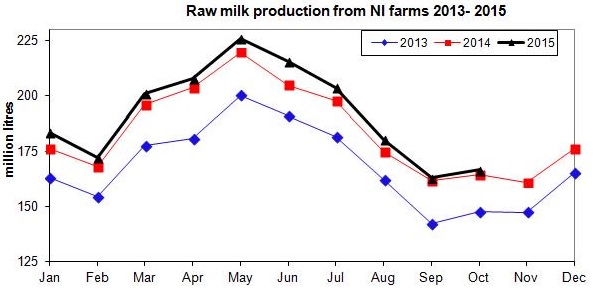 Dairy farmers in Northern Ireland and the rest of the UK started to receive their EU aid payments, two weeks ahead of schedule, in mid-November.