IFA election campaigns are ‘part paid for’ by headquarters 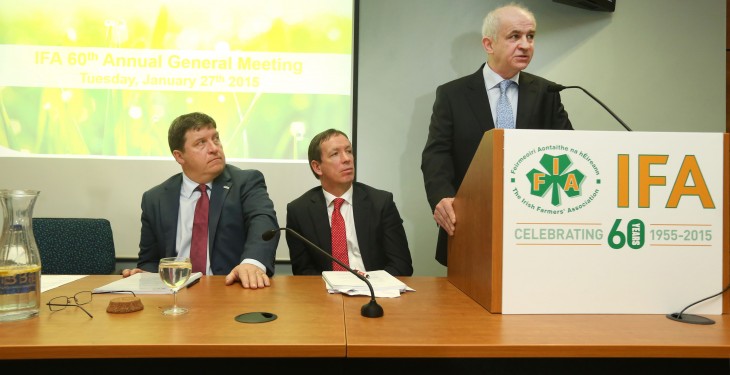 IFA election campaigns, including that of the president, are part paid for by IFA headquarters, Agriland can reveal.

In light of the recent pay revelations including that of the former General Secretary Pat Smith and former President Eddie Downey, it has been confirmed by IFA that it does pay part of the election campaign costs of candidates.

A spokesperson for IFA confirmed that people who run for senior election positions in IFA, including the role of President, do receive monies from Bluebell headquarters towards their campaign.

While he could not confirm a definite figure, he said it was standard for headquarters to make a contribution towards the cost of the election campaign. However, he did say it was not necessarily a percentage of the estimated costs of the campaign.

He also confirmed that the current Treasurer, Jer Bergin, has received no salary for his role since he started as IFA Treasurer in January 2014.

The former President of IFA Eddie Downey was paid a salary of €147,000 for his role.