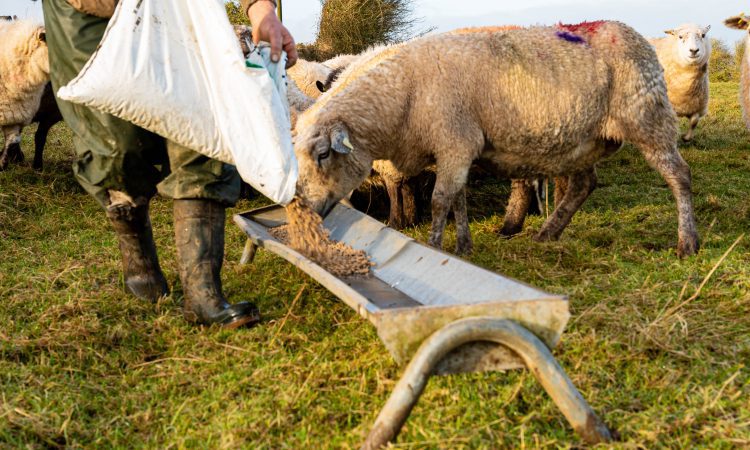 “The energy and protein requirements of ewes four-to-six weeks pre-lambing increases massively and if it isn’t met then problems are going to arise,” Michael Conroy of Teagasc warned.

Speaking at a Teagasc sheep webinar last week, Michael spoke about the effects of underfeeding ewes prior to lambing and he also spoke about the importance of getting ewe nutrition right pre-lambing.

Michael explained: “Ewes need energy and protein pre-lambing. For example, a dry ewe requires 0.8/UFL/day of energy [a unit of energy equates to 1kg of barley].

“In the last one to two weeks before lambing, a ewe’s energy requirement jumps to 1.4/UFL/day.

“This then trebles for the first six weeks after lambing [up to 2.5/UFL/day]. In essence, to produce milk for their lambs, ewes require a lot of energy.

“The second factor we need to look at is protein. In the last month before lambing, we need protein for udder development and for the production of colostrum.

“You also need protein in the diet for the development of the foetus. The protein requirement of ewes increases by 60% in the last four weeks of pregnancy.

“Then it nearly doubles after the first six weeks after lambing in order for the ewe to be able to produce milk.

If protein levels are low in the diet, then your ewes will simply not be able to produce enough milk for their lambs.

“Why is all this required? It’s necessary because 75% of the growth of the lamb takes place in the last six weeks of pregnancy.

“So there is a massive energy requirement for the growth of the lamb(s). The other thing the ewe is trying to do is to maintain her own condition but also so that she produces colostrum and is able to produce plenty of milk. So that’s why it is important to get that energy and protein in a month before lambing.” 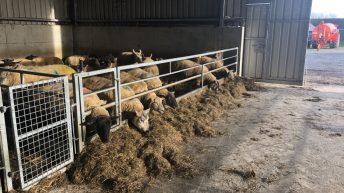