The IFA Election 2013 hustings has begun

IFA Elections 2013: The first hustings of the Irish Farmers Association (IFA) Presidential Election 2013 got under way last night at the FBD Young Farmer of the Year Awards.

Top of the table were Jer Bergin, regional vice-president, and Eddie Downey, vice-president IFA. Alas amid much speculation and confusion, Flor MacCarthy took his name out of play yesterday morning citing commitments to his current role as priority. “I’ll have a better chance in four years. I’ll gain more experience so in a way I am postponing it until four years time,” he explained to AgriLand this morning.

It was a full house in the meeting room in the Dunraven Arms Hotel in Adare as both candidates maid their maiden speeches. A time limit of strictly 10 minutes was set and so the race to be President of the IFA for 2014-2018 began.

First up, after a draw out of a hat, was Jer Bergin. He described the Young Farmer of the Year competition as “a superb advertisement for agriculture for the future and the past”.

Currently, he is regional vice-president of the IFA. He farms with his wife and brother in Ballacolla in Co Laois. “It’s very famous for ploughing,” he said. He farms suckler beef, calf beef, sheep and tillage, and works in partnership with his brother. He is also currently chairman of the roads project team and chairman of the climate and renewable change project team.

In terms of policy issues, Bergin outlined his priorities, farmers incomes and farmers rights. “There is absolutely no doubt at the moment that some stage in the near future we are going to see some sort of stimulus package and economic recovery package as part of this country’s recovery it has to happen. I am saying agriculture must be at the centre of it.”

He called on Ireland’s reserve pension fund to be allocated to agriculture. “There is €6m sitting in the national reserve pension fund. And We have access to European investment bank money. What I am saying clearly to Government is that we must now provide, long-term low-cost finance for the expansion of agriculture from either of those funds.”

In terms of young farmers and new entrants, he said securing funding on the back of livestock, so-called cattle mortgages, particularly on long-term leased land where they do not own the asset of their farm, is key. “There is now an opportunity to address this issue once and for all in terms of Harvest 20:20 in terms of driving output and production and farm incomes.”

Bergin called on various schemes under Pillar Two CAP funding to be revamped, such as the installation aid, to link to production.

“When you think about it that is the opportunity to create within the farm family structure where they may be retiring parents when an incoming young farmer, son, daughter, nephew, niece, create a pool of tax free income within the farming organisation. You can go some of the way of creating that two income strategy that is required,” he said.

Bergin outlined a number of threats to the industry and how, if elected as IFA President, he would deal with.

“The first thing is price volatility and the cost-price freeze that is going on. If someone said to you two years ago milk would 38 cent a litre, beef €4.30 a kilo, lamb €5 euro a kilo, you would say ‘My income is great’. Jayus I can’t wait to get to that day. What has happened, you have achieved those type of prices but the cost structure and the three key costs energy, feed and fertiliser, has surpass that.”

He is proposing a fixed and forward-price model for co-ops, processors and retailers.

“I believe that the industry, co-ops in particular, and all processors and retailers have to put in place a fixed and forward price models for both inputs and output that can allow you the famer to lock in a margin.

Another serious he said is the issue of ‘cartels’ in agriculture and he is calling for a ban on low-cost selling to be re-introduced.

“We are seeing feed, fertiliser and energy, very tightly controlled on a European and world scale in terms of the pricing of it and what the market can bear and we need to challenge that and I intend to do that as President of the IFA. It is not acceptable that we have so many anti-competitive practices in those areas and we are paying for it.

“My presidency of IFA if elected would be about two things farmers incomes and farmers rights,” he concluded.

Meath farmer and IFA vice-president Eddie Downey then took to the podium for his 10 minute speech to the Macra na Feirme audience.

He said agriculture in Ireland was at a crossroads and referred to his recent speech at the Summer School in Lisdoovarna where the theme of ‘Rural Ireland at a Crossroads’.

A tillage, beef suckler and intensive poultry farmer in Slane, Co Meath he farms 140 acres with his wife, son Patrick and daughter Alice.

He said the quota system in Europe for the past 30 years has shaped agriculture in Ireland.

“That milk quota is about to go and it is going to set a number of new challenges for us both as parents and as young farmers coming into the industry.”

Downey said young people were not a source of cheaper labour. “These are people who want to farm and want to get on in the business of farming.” He said one of the key challenges is land access.

“Quotas, subsidies and schemes all tie up land. We have got to look at innovative and inventive ways that we can free up that whole land access. Make sure that it is used to reflect maximum capacity and use the resource there in this country, because if you look at that crossroads, there are seven billion people in the world, they all have to be fed.”

Downey referred to dairy expansion just around the corner and referred to volatility in prices.

“The dairy industry is going to change. Some farmers milk cows for too long others never got the opportunity to get into milking and most will start on greenfield starts and milk cows for the next number of years.

“There are always going to be productivity facing us. Grain prices have been volatile this year, a year high price last year, a low price this year. Milk quota a solid price at the moment, for it is based on the fact that we had a solid price last year. Where will next year’s price come? Will the lower grain price affect that?. That is a question we are going to have to ask. The next number of years we are going to see severe volatility in those areas.”

Another challenge Downey hopes to face head-on is cash-flow. “Finding money to run business on a daily basis is a huge problem, the banking sector simply ceases to function in a normal banking mechanism,” her said to the full house.

“You talk about Ireland and agriculture being one of the last figures in the economic society of this country at the moment. It is one of the pillars, it is doing extremely well but it is difficult to find a method by which the funding can be put together to allow it to grow and reach its capacity, maximise its potential. I want to see discussion groups develop and I want to see the IFA get closer to those discussion groups over a period of time.”

Downey concluded by advising farmers to stay safe. “It is a very dangerous industry that has taken lives and limbs off people the past number of years, don’t be one of those statistics, stay safe.” The elections will take place at the end of this year. 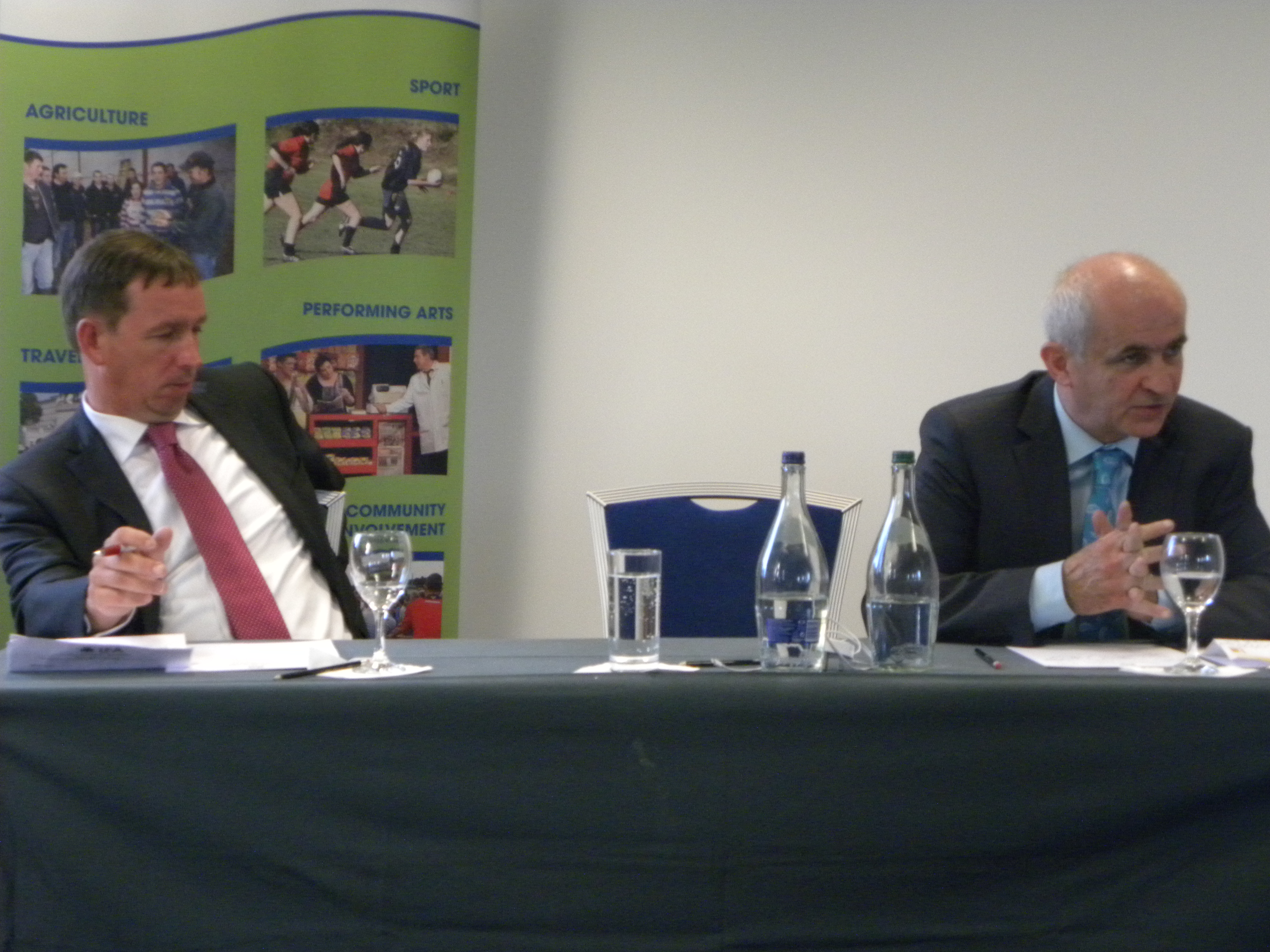 Drowning, asphyxiation, dodgy equipment – open your eyes to slurry hazards on your farm

Fears of exodus from winter milk production as costs escalate