Ploughing through the years 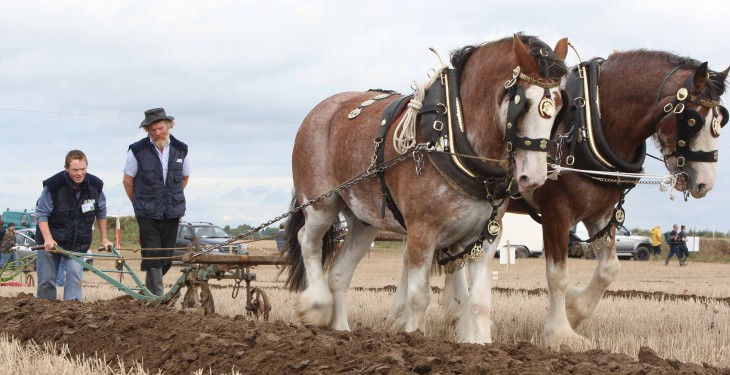 The National Ploughing Championships (NPA) will take place in Laois from September 24 to 26. The annual event, which is expected to attract up to 190,000 visitors, has been running for 82 years.

In the aftermath of the War of Independence, with Ireland in economic depression, the first inter-county ploughing contest took place in 1931. Two lifelong friends, Denis Allen of Gorey, County Wexford and JJ Bergin of Athy, County Kildare argued that their respective counties had the best ploughmen. The debate resulted in a challenge. The pick of the ploughmen in Kildare would meet the pick of the ploughmen in Wexford in a field combat.

The excitement of the prospect made the two men contact tillage farmers in other counties, and on the 16th February, 1931 nine counties met in competition on the “plains of Kildare”, Coursetown, Athy – the same venue of the 2011 National Ploughing Championships.

Wexford won that first challenge, but if Denis Allen triumphed over his old friend it did not last long, for it was lost in the size of the enterprise they immediately put in train. With JJ Bergin now firmly at the helm, the two men were set on an irreversible course forward.

The competing counties formed a committee. Rules covering standards and regulations at parish, county and national level were agreed. The NPA was the first in the world to organise ploughing matches on a national level.