Tributes to Sean MacConnell, an authoritative voice of Irish agriculture 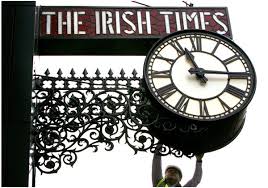 Minister Coveney said: “Sean was a major contributor to Irish journalism.  He was a constant at every agricultural event, and will be sorely missed by all members of the greater agriculture family.  My sympathies, as well as those of the many officials in my department who knew him, go to his wife and family.”

Paying tribute Bryan said: “Sean made an outstanding contribution to the reporting of agriculture in Ireland for more than 20 years. He had a great empathy for rural people and loved the countryside. He was always a strong advocate for agriculture and rural communities.”

“At a time when some doubted the importance of the sector, Sean Mac Connell always insisted that our farming and food industry was at the heart of Ireland outside Dublin, and should be properly covered in the media. He devoted his career to journalism in regional and national newspapers and was also a highly regarded commentator in the broadcast media.

“He was an authoritative voice on Irish agriculture and his approach was always fair and balanced. Sean had a great command of his brief and was a skilled colour writer, which he used to great effect to convey farming issues and the values and concerns of rural communities to a wider audience.”

Bryan concluded: “Sean Mac Connell was wonderful company, a great storyteller and singer. To his wife and children, I want to extend our deepest sympathies on their loss.”

In addition, Bertie O’Leary, President of ICOS, the Irish Co-operative Organisation Society said in a statement: “We are deeply saddened by the untimely death of Sean MacConnell,  former Irish Times and Irish Press journalist.  Throughout his distinguished career, in his coverage and analysis of the issues and stories of the day, he contributed through his expert journalism to a nationwide understanding of the importance of agriculture to Ireland.  He will be sadly missed by the entire agriculture community and we express our deepest sympathy to his wife Patricia and to his children Kate, Siobhan and Eoghan.”

And ICSA Ireland, the Irish Cattle and Sheep Farmers’ Association, President Gabriel Gilmartin also paid tribute to Mac Connell. Gilmartin said: “During his career as agriculture correspondent, Seán Mac Connell demonstrated a sharp insight into the agri-food sector and was a keen observer of its politics.” On behalf of ICSA, Gilmartin expressed sympathy to Mr Mac Connell’s family, friends and colleagues.

The former Irish Times Agriculture Correspondent Seán Mac Connell passed away this morning. He was 66. He is survived by his wife, Pat, daughters Siobhán and Kate, son Eoghan and grandchildren. His brothers Cathal, Cormac and Mickey are well-known in traditional music circles.