The Buckleys of Bantry reach for the Macra stars 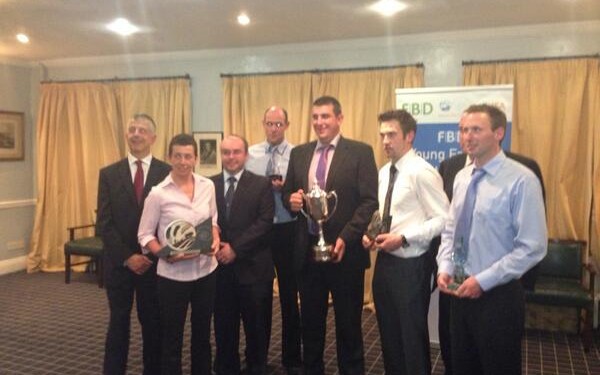 “I’m from just outside Bantry and my farming is a milk production partnership with my parents. On average  will milk 156 cows. We had peak this year of 180. We supply milk all year round, 60 per cent calving in the spring, 40 per cent in the winter…Our total volume is 8,300 litres,” he explained.

In terms of preparing for post-Quota, he said plans are under way. “We are maxed out on our own farm but the plan is to breakaway another dairy unit from cows within the current herd to set up a second unit. Acquire additional farm, lease or partnership, we are very much on the look out.”

John is delighted with his win. “I have been in Macra 10 years now. It’s a fantastic organisation. The experience you gain in all areas of life is magnificent.”

One of the major challenges facing young farmers is land availability, he said.

The Buckleys of Bantry are no stranger to awards. John’s father won Munster Dairy Farmer of the Year 1980. “He is a very progressive man. I have very much been brought up with modern dairy farming and we share the same goals.”

Does John see a future in Macra or the Irish Farmers Association. “I see a future here alright. I got so much the past 10 years that it is only right I make a little effort to give back a bit. I have been involved in club level and regional level. It is something I enjoy, all my friends are part of Macra and it is now only right that I give back to an organisation that has given me so much in the past 10 years.”

And in conclusion, a farmer to heart, with all the celebrations Buckley is keen to sow grass seeds in the morning. “I’m getting a bit worried about setting grass seeds tomorrow,” he joked. “But it looks like there is going to be a small change in the plans this year after winning this award sure I’ll start learning very fast.”

The judging panel of the FBD Young Farmer of the Year included: Chair – Edmond Harty, the Ernst & Young Entrepreneur of the Year 2012, and CEO and Technical Director of Dairymaster; Eoin Lowry, Irish Farmers Journal; Joe Burke, Bord Bia; Philip O’Connor of IFAC Accountants; with Joe Healy and Thomas Honner, both past presidents of Macra na Feirme.

The aim of this prestigious competition, run by Macra na Feirme in partnership with the IFA, is to recognise and reward the top young farmers in the country. Entrants are judged according to a number of criteria including farm business initiative and innovation, levels of farm efficiency and enterprise quality, farm safety and environmental protection awareness, as well as agricultural knowledge and community involvement. More than 24 entrants were shortlisted for yesterday’s celebrations, cut to six and then the winner John Buckley was announced at the banquet dinner.