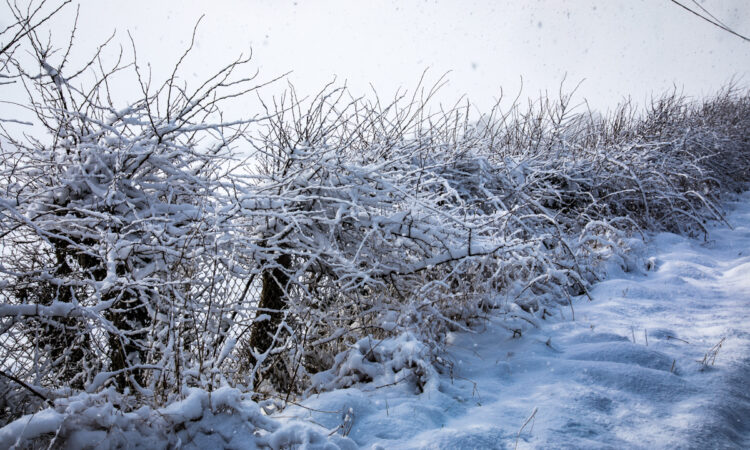 The cold snap engulfing the country is set to continue, with temperatures plummeting to lows of -6° tonight – and potentially even colder over the weekend – according to Met Eireann.

Feeling raw for the rest of the week with extremely frosty nights and widespread icy conditions. Some wintry showers still around, but overall a lot of dry weather with lots of bright winter sunshine too. Becoming milder next week but rather unsettled.

The Status Yellow snow-ice warning issued by the national meteorological office earlier this week remains in force and will endure until Saturday (February 2) at 12:00pm.

In an update on the warning, Met Eireann has said it will continue to be very cold for the remainder of the week with widespread frost, ice and lying snow in places.

Further wintry falls are expected in parts of the south-west, west and north today but the showers will ease later.

It will be cold and blustery today with outbreaks of rain, sleet and snow. Highest temperatures will only reach 2° to 6° with an added wind-chill factor in a fresh to strong and gusty east to south-east wind.

It will stay very cold this evening and overnight with further wintry falls, mainly in the south and east, where there will be some snow accumulations on lower levels.

Frost and icy conditions too are forecast, resulting in treacherous conditions. Lowest temperatures will drop to 0° to -6°, with it coldest across Ulster and west Connacht, the forecaster warns.

Tomorrow will be a drier, brighter day with spells of sunshine, but it will feel raw in a northerly breeze. There will be some well scattered wintry flurries around, with northern counties seeing most of these.

The east coast will also be at threat. Highest temperatures will only hit 3° to 5°, Met Eireann says.

Tomorrow night should stay dry and clear overall – but well-scattered wintry showers will occur too.

It will be extremely cold with a widespread severe frost and ice, in a light northwest breeze. Lowest temperatures will hit -2° to – 5°, but even colder over lying snow.

Frost and ice is expected to slowly clear with dry, bright sunny weather for much of the day on Saturday. However, some cloud will build across Atlantic counties in the afternoon.

Temperatures will reach highs of 3° to 6°, in mostly light north-west breezes.

It will be bitterly cold overnight with lows of -3° to -7°, again coldest over any lying snow.

There will be a widespread severe frost too, with icy roads and some freezing fog also. 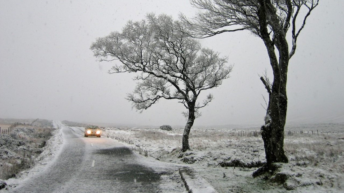