Teetering on the edge: Driver stopped in tracks by Gardaí 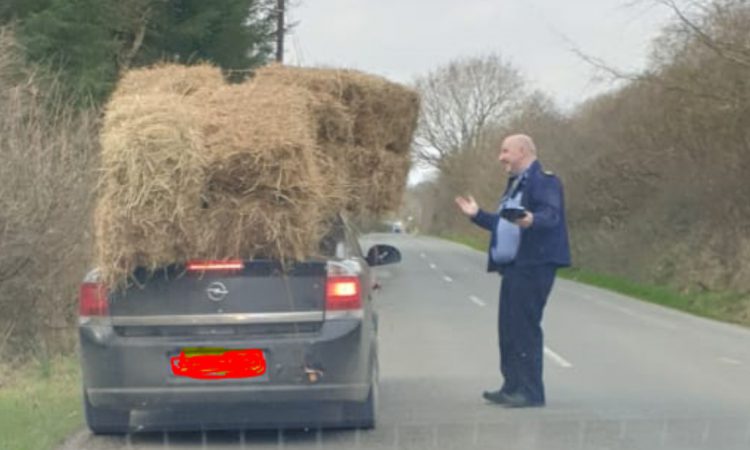 A driver was halted in the south-east of the country over the weekend due to an unsecure load – in the form of a number of square bales precariously stacked on top of her car.

The driver in question was stopped by members of An Garda Síochána in Co. Wexford on Friday, March 27.

Upon being asked as to the purpose of her journey, she told Gardaí that she was going to feed horses.

The driver was subsequently ordered to remove the bales and was issued with a summons.

Taking to social media, local Gardaí explained that the car had been seen travelling towards Clonroche and was stopped by a joint Enniscorthy / Clonroche patrol.


Continuing, the Garda post noted that the driver was “made remove [the] unsecure load”, adding that a summons is to follow.

Meanwhile, Gardaí in Laois came in for a big surprise on Friday also, when they came across a JCB moving a crashed 4X4.

They noted, following the discovery, that “court proceedings will follow”. 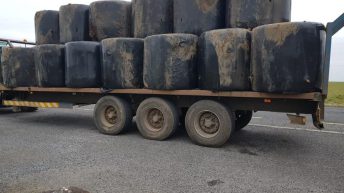