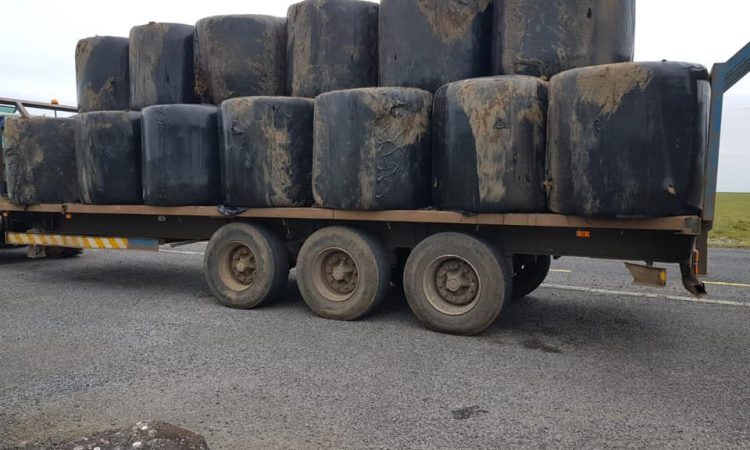 A tractor that was driving near the Castlerea area of Co. Roscommon was stopped while towing what Gardaí described as a “very unsafe load”.

The tractor was towing a trailer with bales, some of which were stacked two high, and which were not secured, according to Gardaí.

In a post on the Garda Western Region Facebook page late last night, Tuesday, March 24, Gardaí said that, despite the escalating Covid-19 situation, detection of road and traffic offences continues.

Gardaí at Castlerea encountered this very unsafe load near the village of Tulsk today; a very heavy load of silage that had no strapping whatsoever.

“Please be aware that the detection and prevention of road traffic offences continues,” the social media post added.

It continued: “While Gardaí recognise that farming also continues, and this can be a very busy time of the year for farmers, we urge farmers and indeed all road users to exercise caution while using the public roads. 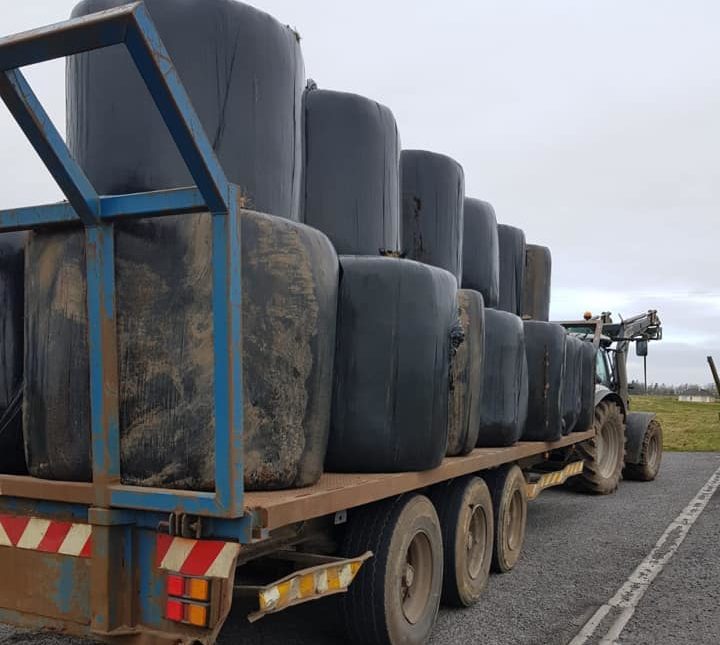 “Please make sure that all loads are secured properly. This can prevent a very serious outcome for other road users should any of the load fall off. It is also an offence not to secure a load on a public road,” the post concluded.

In other Gardaí-related news, members issued a warning to dog owners after two dogs were shot following an incident which saw a number of in-lamb ewes killed in Co. Meath earlier this week.

In a brief statement on the matter, members of An Garda Síochána issued a warning to dog owners to keep their pets under control at all times, following the incident.

The attack took place yesterday, Monday, March 24, in Dunboyne, not far from the Dublin border.

“Unfortunately, another farmer has had to deal with a sheep kill on his farm in Dunboyne,” the statement said.