Teagasc aiming for 15% reduction in dairy emissions intensity by 2027 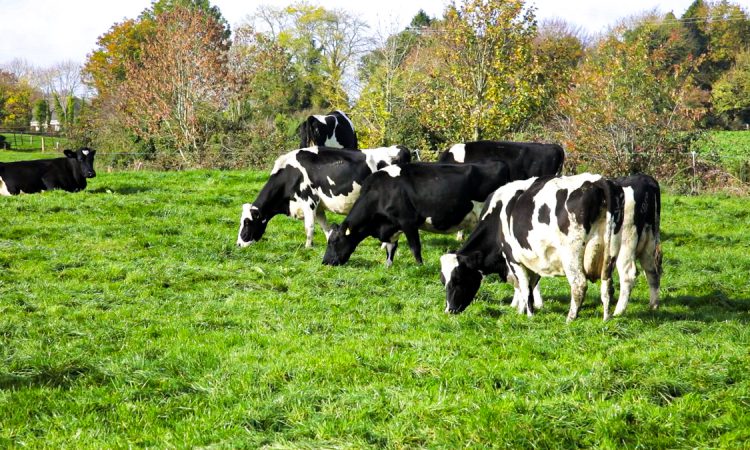 Teagasc is aiming to reduce emissions intensity in the dairy sector by 15% by 2027, according to its grassland science research officer.

According to Horan, this will be achieved through continued improvements in pasture-based systems, and increasing productivity of animals, with Teagasc saying that productivity per cow will increase by 12% to 2027.

This, in turn, will involve continued improvements on genetics and increased focus on grazed grass utilisation.

Multi-species swards are expected to play a significant role in this, with a focus on more legumes in swards. It is expected that this will reduce requirements for chemical fertiliser, Horan said.

During his remarks at the virtual conference, Horan spoke extensively about biodiversity, highlighting that grassland farms such as those in Ireland are more suited to supporting biodiversity than other types of systems used on the continent.

We’re entering a really interesting period now where there will be more of an ecological focus in what we can sustain in terms of [wildlife] species diversity in our systems.

“I’d be very comfortable that we can [achieve this]. Grassland farms naturally support much higher levels of biodiversity. It’s about quantifying that and supporting it for the future,” Horan added.