Tastiest potatoes from Dublin due to hit supermarket shelves this week! 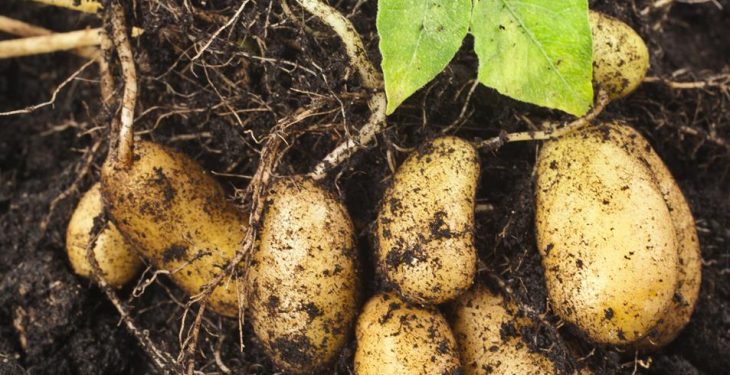 New season potatoes from Dublin, considered by many to be the tastiest, will be on supermarket shelves this week, as significant volumes of new season queens will be coming through this week.

Shay Phelan, a Crops Specialist with Teagasc, said that potatoes from the North East, which produces 60% of the potatoes in Ireland, will be dug and on supermarket shelves this week.

He advised consumers to look out for ‘new season’ or ‘early season Queens’ potatoes in supermarkets.

This year the potato crop in Ireland will be about 8,200ha, he said, similar to last year, which he said was an indication that the decline is potato consumption was halting.

Potato consumption has been declining in recent years, with rice and pasta replacing the humble spud on many dinner plates, he said.

However, funding that Bord Bia, the Department of Agriculture and IFA recently secured from Europe, to promote potatoes would help curb this decline, he said.

He also said that the health benefits are being recognised again in eating potatoes.

Phelan also said that Teagasc has recently appointed Shane Kennedy as a new Potato and Tillage Advisor to work with growers in the Dublin, Meath and Louth areas of the country.

The position, he said, would focus on potato growers with the view to setting up at Discussion Group to help relay advice and information to farmers.

Shane Kennedy is taking up the role, which he said would focus on promoting efficiency, yields, disease controls and looking at niche markets, would all be addressed.

Shane is a Louth native and is based at the Teagasc office in Drogheda. He recently completed a PhD in Crop Science with Teagasc.

He is will be working with the wider potato sector in the development of niche enterprises, particularly with the salad potato initiative.

Teagasc Regional Advisory Manager Larry O’Loughlin said: “Teagasc are delighted to make this appointment and encourage all growers in the region to work with Shane in developing their farm enterprises”.