Earlier today at the Department of Finance, the ICMSA (Irish Creamery Milk Suppliers Association) met with the Minister for Finance, Pascal Donohue, in advance of next month’s budget.

The purpose of the visit, according to the farmers’ group, was to brief the minister on several issues that the ICMSA describes as “hugely important to farmers and the wider agri-sector”.

The ICMSA’s Deputy President, Pat McCormack, said that much focus would go on the long-standing question of equalising Earned Income Credit between the PAYE and self-employed sectors, as well as Exchequer funding of schemes like TAMS (Targeted Agricultural Mechanisation Schemes) and the agri-environmental scheme GLAS.

McCormack said that the opportunity to look and positively address the problems around farm transfers and making the taxation system work towards installing a new generation of farmers was now becoming a national priority.

He added that, currently, a whole series of obstacles – more or less all within the control of government – mitigated against the transfer from an “old” to a “new” generation of farmers.

However, it was on the question of a means to address what, McCormack said, was the “wrecking ball” of excessive price and income volatility that the ICMSA delegation was most emphatic during the budget talks. 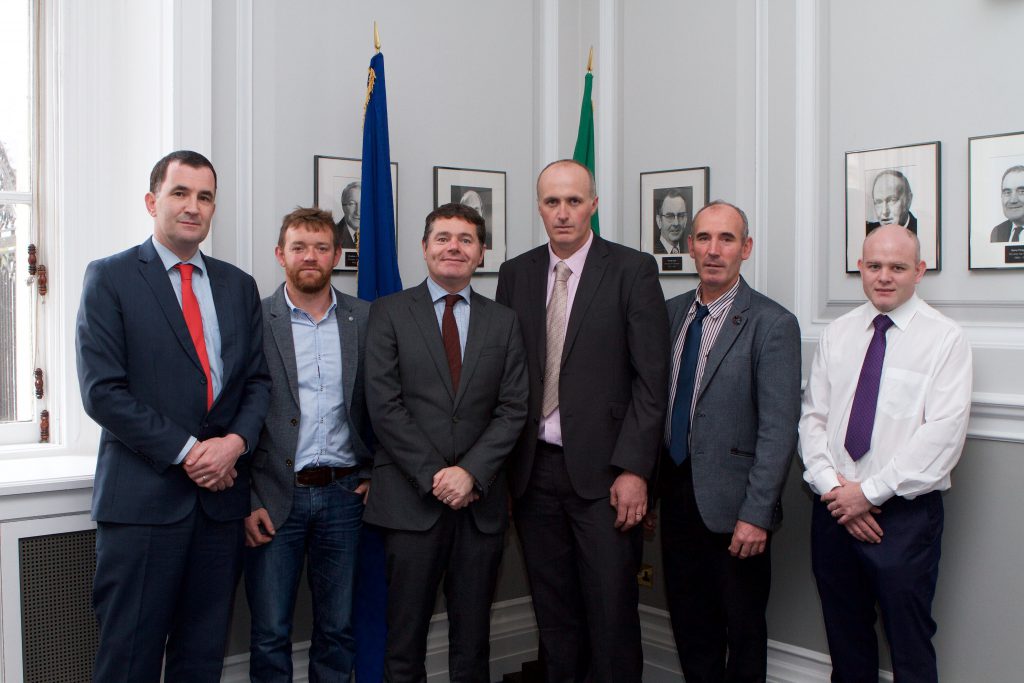 McCormack said: “The ICMSA has repeatedly stressed to successive ministers that unless and until we have an effective means of dealing with the kind of wild price and income volatility that we’ve seen in recent years, Irish farming – and the multi-billion euro sector that depends on it – just will not be able to move on to the next stage of development.

We will not be able to move past the ‘boom-and-bust’ that is doing untold damage long-term to our farming sector and most particularly our ‘flagship’ dairy sector.

“The ICMSA recommended again the Farm Management Deposit Scheme, which would allow farmers to put money in a government-regulated deposit scheme in ‘good’ years and then draw it down in the ‘bad’ years in a manner that would effectively ‘smooth out’ their incomes and allow some degree of stability and planning.

“We are satisfied that we’ve made significant progress in convincing the department that this is the answer to a problem that is within our power to solve,” McCormack concluded.