A large quantity of vehicle parts which are suspected of being stolen have been seized following the search of a number of premises by An Garda Siochana yesterday (Tuesday, October 16).

The searches were carried out as part of a larger operation in counties Meath and Kildare, according to An Garda Siochana.

Two men were arrested by Gardai as part of the ongoing investigation into stolen car parts.

The two men, aged 34 and 24, were arrested and detained at Trim Garda Station under section 4 of the Criminal Justice Act, 1984, according to Gardai.

Both men are expected to appear before Trim District Court later this morning (Wednesday, October 17) charged in connection with the investigation. 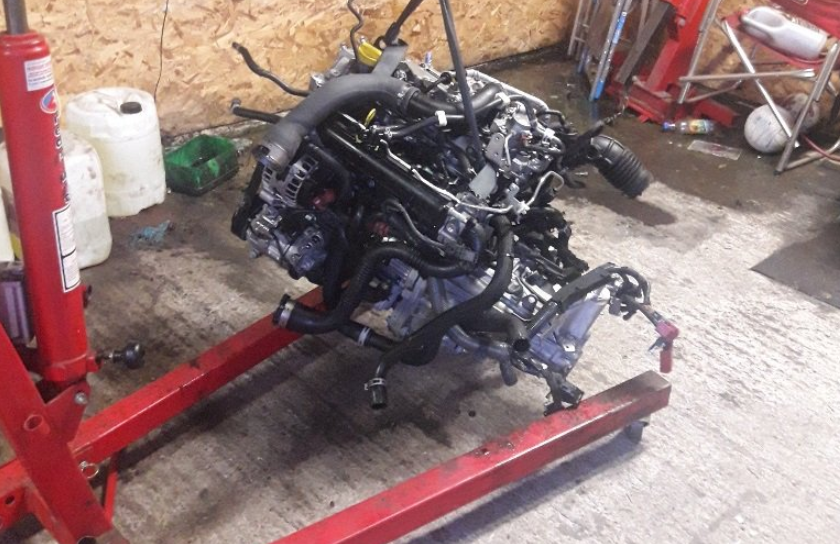 As can be seen from the images posted on social media by the Garda Info Twitter page, everything from engines to lights and car doors were seized in the operation.

4 arrested in NI over stolen vehicles

The arrests were made following a four-day police operation, in which a “significant amount” of stolen property, thought to have been taken from the Republic of Ireland, was recovered.

According to PSNI officers, anyone with information on vehicle theft and vehicle part theft in particular are asked to get in touch.

On Friday, October 5, police commenced a search of premises in the Mayobridge area of Co. Down for suspected stolen property, according to a PSNI spokesperson.

Four men – aged 59, 51, 40 and 37 – were arrested at the scene of the search on suspicion of handling property, believed to have been stolen in the Republic of Ireland, the spokesperson added.

They have been interviewed and subsequently released on police bail pending further enquiries.

Commenting on the operation, Detective Sergeant Bell said: “This protracted four-day search operation has resulted in a significant amount of suspected stolen property being recovered.

I would appeal to anyone with any information about stolen vehicles or stolen vehicle parts to contact detectives in Newry on the non-emergency number 101, quoting reference number 631 of 05/10/18.

“Alternatively, information can also be provided to the independent charity Crimestoppers on 0800-555-111, which is 100% anonymous and gives people the power to speak up and stop crime.”

Vehicle theft has been rampant in rural areas in recent months, with Toyota Land Cruisers targeted in particular.

Land Cruisers have been taken from farmyards and houses in a number of counties, including Tipperary, Meath, Cork and Waterford, among others.