A total of 1,701 applications were made to the Department of Agriculture under the Fodder Production Incentive Measure.

The scheme was introduced in August to encourage tillage farmers to sow forage crops on their land, to reduce the feed deficit in the country.

A total of 6,000ha of grasses have been sown – including Westerwold ryegrass and Italian ryegrass.

Brassica crops proved most popular under the scheme. 13,400ha of forage rape, stubble turnips, kale and rape hybrids have been sown.

The minimum area that farmers could plant under the scheme was 3ha, while the maximum area for payment was 50ha.

Applications were made from a total of 22 counties. Co. Wexford saw the highest number of applications at 378, while Co. Cork followed at 243. There was a big drop for third place to 150 applications, which were made to the scheme in Co. Laois.

The table below shows a breakdown of the applicants by county. 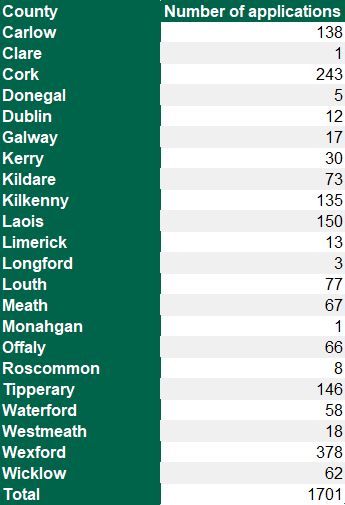 A total of 19,400ha were planted under the incentive and the average area sown was 10.46ha.

Co. Cork saw the largest area of grasses planted under the incentive, as121 farmers planted 1,191ha.

The table below shows the area of fast-growing grass crops sown under the scheme. 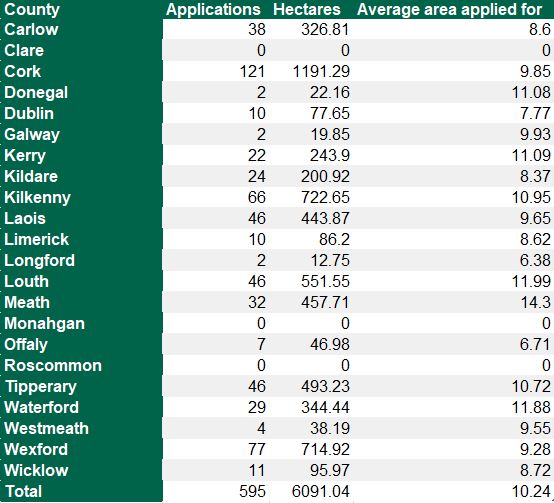 329 farmers in Co. Wexford sowed 3,903ha of brassica crops. The table below shows a breakdown of the number of hectares sown to brassica crops and in which counties they were sown. 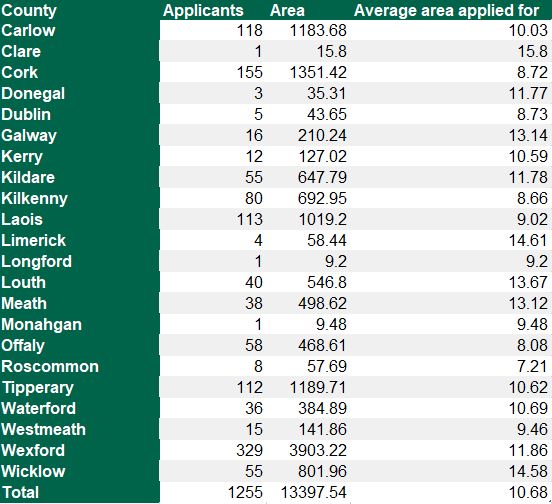 There was just one application to sow forage crops in Co. Clare, while there were no applications under the scheme from the counties of Cavan, Leitrim, Longford or Mayo.

Slurry spreading deadline to close in just over 2 weeks

What ever happened to the tillage forum?