Steyr steps ahead with engine updates 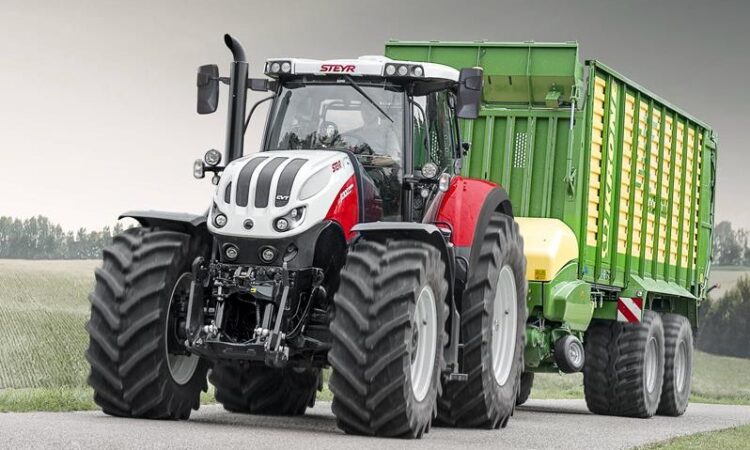 Steyr is something of a ‘Cinderella’ within the CNH group; everybody knows the name but it doesn’t register as a major brand in this part of the world.

The entity, however, appears to be increasingly active in raising its profile (albeit overseas, where the tractors are actually marketed and sold) with a further two announcements of changes to its range.

The first concerns the introduction of a new compact, six-cylinder model which produces 145hp (pictured below). This follows hot on the heels of its sister brand – Case IH – launching the Maxxum 150 CVX last month.

Both tractors are powered by the same FPT N67 (6.7L) series engine. When fitted with this motor, the tractors enjoy a near 6% torque increase over the equivalent 4.5L, four-cylinder models.

Emissions levels comply with Stage IV Final, thanks to patented HI-eSCR2 after-treatment technology, according to FPT.

The new tractor is known as the Profi 6145 CVT, to differentiate it from its four-cylinder stablemate in the Steyr range – the Profi 4145 CVT – which offers the same power output from a smaller-capacity engine.

There are 15 individual models in Steyr’s Profi range. The six-cylinder engine is available on all three model designations: the Profi; Profi Classic; and Profi CVT.

Transmission options mirror those of the Case IH Maxxum range.

In other news from Steyr, the top-of-the-range Terrus models (see main/featured picture and below) now comply with Stage V emissions regulations.

According to the company, NOx emissions are reduced and Stage V is achieved thanks to “13 FPT-owned patents without design modifications to the engine”. 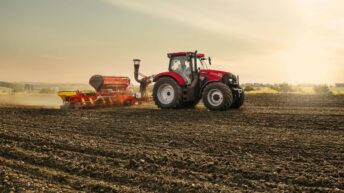