Wintry and wet conditions on the way for the whole country

Wet conditions will affect the whole country this week, with total rainfall expected to be more than twice the weekly average for November, according to Met Eireann.

It comes after a strange week that saw an east-west split in rainfall, with west Munster and Connacht seeing less than 20% of the weekly average rainfall for the month.

However, things will balance out noticeably this week, and after fair conditions today, Monday, it will become wet in all areas, with poor drying conditions in most places over the next seven days.

In terms of temperature, it will be slightly milder this week compared to last, with temperatures being one or two degrees above the average for this time of year.

Advertisement
The cooler easterly airflow we experienced last week is set to be replaced by a more favourable south or southwest flow.

Cloud cover has prevented air temperatures from dipping extremely low during the nights, and soil temperature are sitting approximately around the seasonal norm – six to eight degrees.

After fair amounts of sunshine last week, especially in the west, things will get considerably duller this week, with below-normal sunshine looking likely.

There may be some opportunities for spraying today, Monday, but as the week progresses, they will become very limited as wind picks up across the country.

Looking at soil conditions, most areas are saturated at the moment, though according to Met Eireann, still trafficable over parts of the midlands, northeast and east. 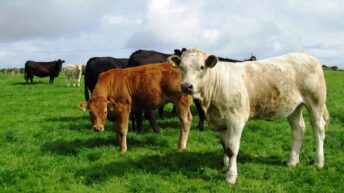