The steps involved in converting to organic farming 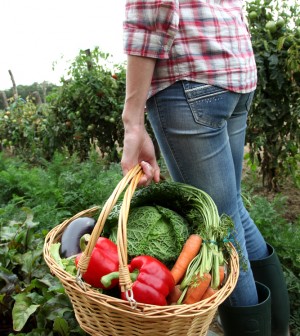 The Organic Farming Scheme will be opening soon, have you considered switching to organic production?

Teagasc advise to get acquainted with the adjustments required to switching to organic production by attending farm walks and talking to other organic farmers. It also says to familiarise yourself with organic standards.

Teagasc says these standards have been developed to provide organic producers with consistent, clear rules as to how organic food should be produced.

It says if you can answer yes to some or all of these questions then you should consider switching:

It also reminds farmers that a two-year conversion period is required before a farm is given organic status. Here are some of the main requirements:

“The Organic Certification Bodies (OCBs) provide an inspection and certification service for mall Organic Production Units in Ireland. The OCB sends an information pack on request. The pack is tailored to the producers’ needs and will generally contain information on the application and conversion process, an application form and a guide to the organic standards.

“Once the application and conversion plan are received and assessed, an initial inspection will be arranged so that if successful, an in-conversion licence can be granted. The OCBs carry out annual inspections of every organic enterprise,” Teagasc says.

Teagasc is advising farmers converting to organic farming that a 25 hour ‘Introduction to Organic Production’ course must be completed before acceptance into the Organic Farming Scheme.

When applying to switch to organic farming, two sets of documentation are required, a complete conversion plan and submit the application to OCB, Teagasc says. It also says that application documentation for submission to the Organic Unit of the Department of Agriculture to obtain payments under the 2015 Organic Farming Scheme must be submitted by April 30 2015.

In previous schemes, the Department required that a business plan accompanied your Organic Farming Scheme application, however this will not be a requirement under the 2015 scheme, Teagasc says.

During the conversion period, the enterprise must adhere to all the organic standards concerning animal welfare, artificial fertilisers, pesticides and chemicals. The changes proposed in the conversion plan must be implemented during this period,” Teagasc says.