Is Ireland facing a grass famine and feast situation? 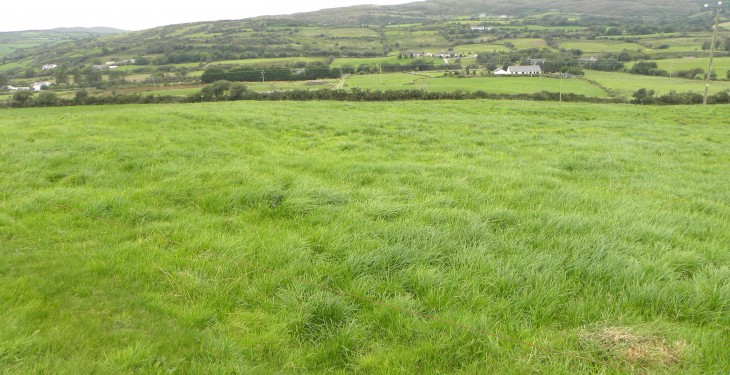 Low soil temperatures across the country are having an impact on grass growth rates and David Lawrence, Ruminant Specialist with Brett Brothers, the Kilkenny animal feed supplier, says he is concerned that the country is facing a grass famine and feast situation.

At the moment, ground conditions are very good at the moment for fertiliser application and grazing however, as with most things in life moderation is key, he says.

“Controlling grass supply now will ensure it remains in the diet later. Soil temperatures remain low, scarcely rising above 6.2 degrees Celsius in the south east and midland regions and this is having an impact on grass growth rates, and the oncoming grass supply.

“Grass which has been grazed in early February has grown very little recently, and immediate regrowth of grazed paddocks seems to have fallen behind, which will result in a deficit of grass for grazing,” he says.

Lawrence also says that although weather is ideal for grazing, clever farming and grass budgeting need to take charge at present.

He says that this means that the sward has to grow at over 60kg DM/ha per day to be available for grazing on the third to fourth week of April, which seems unlikely.

“April looks like we could be faced with a flat grass wedge when growth does come, resulting in a famine on grass in April followed by a feast in May.

“Farmers need to be ready to manage that, by continuing to buffer feed in April and taking early bales of silage in May.”

Brett Brothers advises that if you are considering grazing your silage ground where it is currently un-grazed; do it immediately as farmers need to be sure to leave enough time for a good crop to have accumulated by late May.

It also says to not re-grazing silage ground if grass supply becomes tight in late April, as the harvesting date will  be pushed out to mid June and quality will be compromised.

“With the breeding season around the corner a famine is not an option, clever concentrate usage is being advised. Check with your feed supplier that you are offering at least the minimum level of concentrate for 2oz of Cal-Mag and mineral inclusion,” Laurence says.