Sales of legs of lamb double in run up to Easter 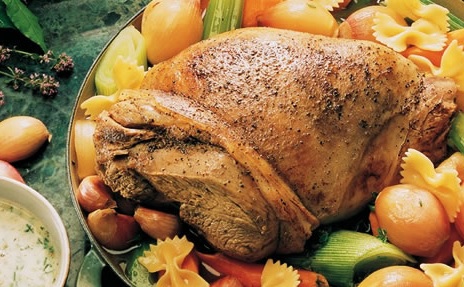 Lamb remains a firm favourite with the Irish public for Easter Sunday, according to Declan Fennell, Sheep Sector Manager with Bord Bia.

He said Bord Bia is anticipating strong sales of Quality Assured lamb in the run up to Easter, with in excess of 84,000 legs of lamb expected to be purchased by shoppers to enjoy over the holidays.

In the four weeks prior to Easter 2014, sales of legs of lamb more than doubled–to over €1.7m– compared to the previous month, with Dublin seeing the biggest spike in sales, Fennell said.

According to Kantar Worldpanel, lamb retail sales in Ireland are worth €103 million.

Lamb joints comprise of the majority of products purchased at retail level, at 44% of sales. Lamb chops made up around 34% of retail sales, with lamb mince comprising a 12% share.

Total sheep meat consumption is estimated at 15,700 tonnes, equivalent to 3.5kg per capita.

Irish sheep meat exports, in volume terms in 2014, were lower on the year earlier, according to EBLEX.

At 39,700 tonnes shipments, were back 7%, compared with the same period in 2013, largely as a result of stable production and more positive domestic consumption.

Although lower than in the year earlier, EBLEX says the decline was moderated a fraction by the average export price being up 1%. Of the total Irish trade, 64% was exported as cuts, which represented a further gain on the year earlier.

The UK and France are core locations for the Irish sheep meat trade and together accounted for almost two thirds of total exports last year.