Steady as she goes for machinery market in 2015 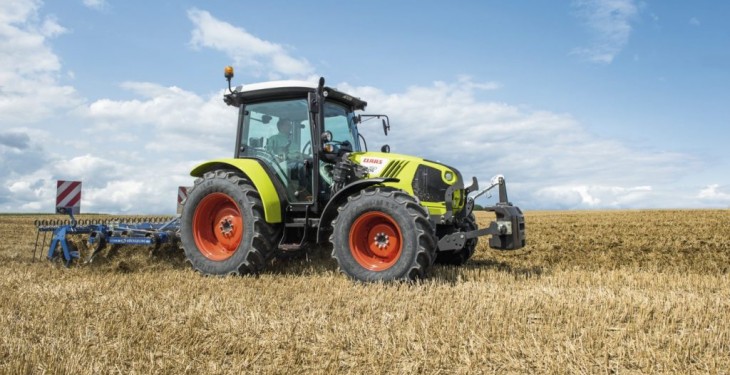 The new ATOS 350 from Claas

The agricultural machinery market looks set to remain pretty stagnant for the next 12 months, according to Claas UK & Ireland’s Alastair McCallum, who is attending this week’s SIMA event in Paris.

“Fleet buyers will remain key players in the market,” he said.

“They will renew equipment based on their pre-agreed replacement schedules. But individual farmers may well hesitate to invest in light of the challenging markets for many agricultural commodities at the present time.

Looking at the specific trends currently impacting British and Irish markets at the present time, McCallum pointed to the growth in biogas production system.

“In turn, this is serving to boost demand for maize harvesting equipment and foragers. And this is a sector of the market in which Claas is well represented.

The year ahead will be marked by the introduction of the ATOS 200 and 300 series tractors on to the Irish machinery market.

“Both should be with dealers by the summer,” McCallum said.

“The ATOS 200 is a range of three cylinder tractors between 70 and 100hp. The 300 series features engines in the 80hp to 100hp range. Both should be of specific interest to Irish livestock farmers. The coming months will also see ARION 400 tractor models on trial with Irish dealers.”

The euro has weakened by 12% against Sterling over the past nine months. But despite these movements McCallum makes it quite clear that Claas dealers in the Republic of Ireland cannot expect large numbers of potential buyers from Northern Ireland to come knocking their doors in the expectation of cheap machinery deals.

“We operate a common selling policy throughout the UK and Ireland,” he said.

“Yes, we buy our machinery in euros. But it is not feasible, nor practicable, to change our retail prices in line with day-to-day movements on the money markets. Besides, who’s to say where the euro will be against other currencies in three weeks’ time, never mind three months’ time.”