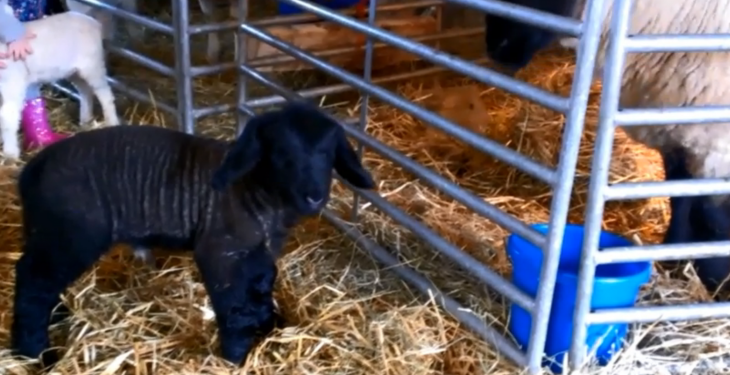 A pedigree Suffolk ram lamb in Northern Ireland almost broke the scales recently when it weighed in at a whopping 25.5lb.

At 25.5lb, the ‘Herman the Monster’ is around twice the weight of most newborn lambs.

“The vet weighed him and he was 25.57lbs and the vet said he was the biggest lamb he’s ever lambed,” the delighted Ballyclare Secondary School pupil told the paper.

“I called him Herman because he’s a monster. Compared to normal lambs he’s a real monster.”

According to Stewart, both lamb and ewe are doing well and he hopes to take the lamb to Balmoral later this year.

He also said he would sell him if he makes the right price.

“I’ll hopefully take him to Balmoral and show him. I’ll see how he goes in the sales and I would sell him if he’s going to make the right price.

“It would be nice to hold on to him, but at the same time that’s what he’s for, selling.”

According to the Suffolk Sheep Society, Herman is not the heaviest Suffolk every born – that title goes to a Scottish lamb that was born in 2000 and weighed in at nearly 30lb.