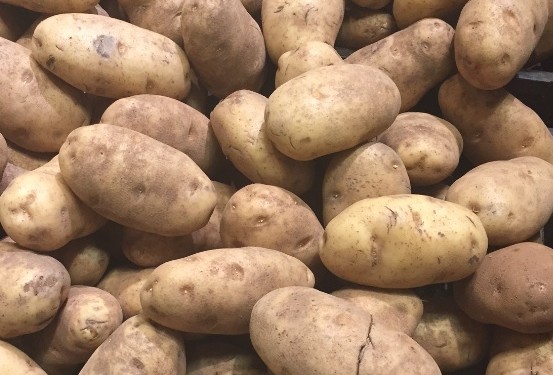 Today. October 2, 2015 is National Potato Day in Ireland and we’ve got a load of potato facts to mark the day.

There are 500 potato growers in Ireland and just over 9,000ha of land in Ireland is planted with potatoes.

In 2014, Ireland produced 350,000t of potatoes while the output value of the Irish potato industry last year was €71m.

According to figures from Bord Bia, Irish people are fans of the Rooster, with 60% of potatoes in Ireland made up of Roosters.

The Rooster breed was designed and bred by Teagasc, making it a truly Irish spud.

Potato consumption in Ireland has fallen by almost 40% in the last 40 years, Bord Bia figures show.

In 2015, the average consumption of potatoes by adults is 85kg/capita, compared to the 1970s when Irish people consumed 140kg/capita.

Bord Bia attributes this fall in consumption to consumers cutting out carbohydrates and potatoes being percieved as fattening, especially by females.

It also said that consumers have switched to other more ‘modern carbs’ and that the image of potatoes is viewed as traditional, less convenient and unexciting.

However, the humble spud is still the number one carbohydrate in Ireland and 106,058 packs of potatoes were sold here last year.

History of the potato

According to potato.ie the origins of the potato can be traced to the highlands of the Peruvian Andes-mountains in South America on the border between Bolivia and Peru, 8,000 years ago

It is thought that the potato reached Europe in the hands of returning Spanish explorers around 1570, potato.ie said.

How the potato came to be introduced into Ireland is not precisely known, though popular myth credits its introduction at Youghal, Co. Cork by Sir Walter Raleigh, it said.

There are now over a thousand different types of potatoes, it said. Potatoes have become an integral part of much of the world’s cuisine. It is the world’s fourth-largest food crop, following rice, wheat, and maize.