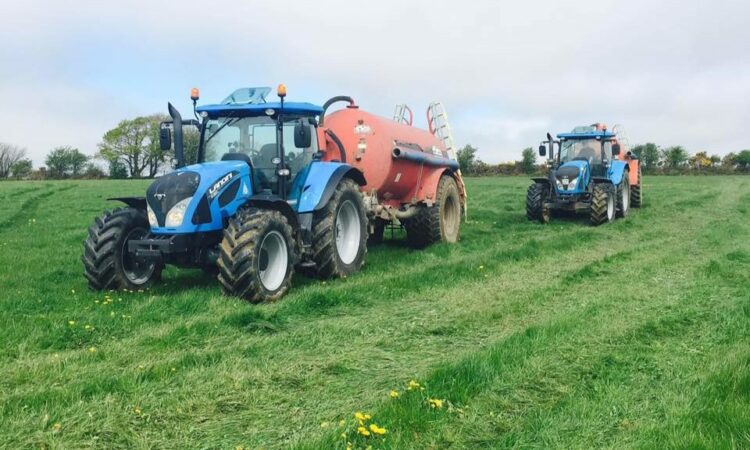 Rothwell Contracting is a firm located in Co. Wexford which has specialised in spreading agricultural slurry for approximately 30 years.

The company also has over 15 years’ experience in setting up land-banks and recovering waste-sludge from the food industry.

As well as this, the contracting outfit collects domestic sewage from private households and processes it for further (licensed) disposal.

Speaking to AgriLand recently, Irvin Rothwell noted that his farming customers have had to endure “10 very tough months”.

“A lot of our customers would be dairy farmers and, for a long time, I was hoping it would rain for them.

It has been a very strange year. Who would have thought that we could get a seven-month-long winter, a hurricane, 3ft of snow and then a drought?

“It will take a major back-end of the year to allow people to catch up on work,” he said.

During the height of the drought, Rothwell explained that “nothing had happened” for over a month in terms of slurry spreading – due to the dry weather.

Rothwell outlined that the contracting firm provides a range of slurry spreading services to farmers – which allows it to stay busy throughout the entire season.

Running a fleet of nine Landini tractors, two umbilical systems – one with a dribble bar and another with a splash-plate – as well as 14 different tankers, he aims to suit his customers’ varied needs and requirements – at any time of year.

Advertisement
The tankers range in size from a 1,600-gallon unit with wide tyres up to 3,000-gallon models used for road work – of which they have four. There are also four tankers equipped with dribble bars.

When it comes to low-emission slurry spreading equipment, Rothwell noted that dribble bar systems are his preferred option – having used them for over 15 years now.

The two umbilical systems can cover distances of 1,000m and 700m respectively, with most of the firm’s customers requiring less than 1,000m, he explained.

Farmers who got the umbilical systems in earlier in the year to spread slurry got good first cuts. You would have had to wait too long for the ground to dry up if you had to use tankers.

The umbilical systems also have benefits when it comes to reducing the amount of traffic on farm roadways, he added.

Why specialise in slurry spreading?

Rothwell outlined that he ran a “mainstream” contracting outfit 25 years ago, before deciding to step back and focus on slurry spreading.

We used to cut a lot of grass and harvest a lot of corn. We were really busy and we found that our customers expected us in nearly the next day to spread slurry.

“So we decided to scale back and focus on the slurry,” he said.

The Wexford-based contractor has purchased approximately 30 Landini tractors brand new over the last 20 years or so.

“We buy all our tractors off one dealer; it means you get a great service. By having just one brand, you can keep a good few spare parts.

It also allows us to trade the tractors in on a fairly regular basis.

“We buy all our tankers off a different dealer and all our diesel from another outlet. Having a good relationship with these people, and receiving a good service from them, allows us to run our business as efficiently as possible,” he concluded. 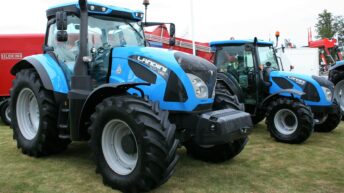 New from Landini: A ‘power boost’ with a difference