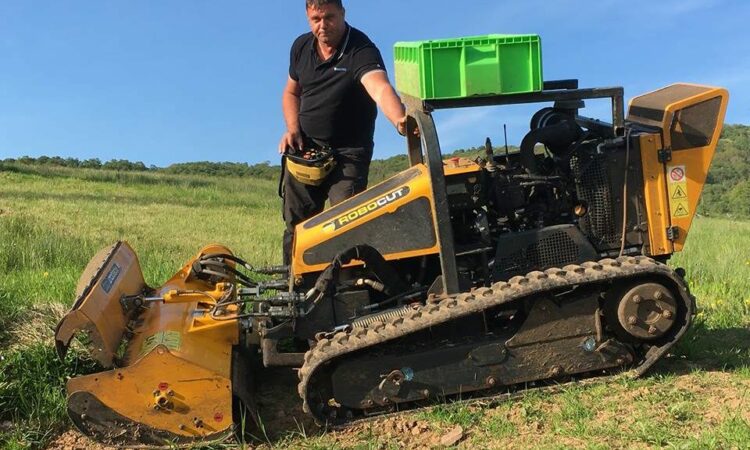 He might only be a volunteer, but armed with his remote control ‘tank’, Cameron McCrae is the latest crucial addition to Scotland’s firefighting arsenal.

Now a Skye-based businessman, he owns a 1.5t unmanned ‘tank’ which can chop down trees, climb 60º slopes – and stop a wildfire in its tracks.

And he has just signed up to the Scottish Fire and Rescue Service’s Community Asset Register (CAR).

The register is effectively an army of volunteers who own boats, 4X4s and other assets – and who have the capability to mobilise in partnership with SFRS to protect communities.

On his first call-out, McCrae found himself in Golspie on Sunday, July 8, at the scene of the largest wildfire to have taken hold in Scotland this summer.

He said: “This machine can go where firefighters can’t; following the direction of the senior officer, it will help stop or redirect wildfires then and there.

At Golspie, the scale of the fire was incredible. I used the Robocut to create 4m-wide, 1km-long firebreaks in the gorse and heather to stop the fire spreading across the mountain.

“It’s extremely versatile and it can get up, down and over all sorts of terrain.”

He added: “It was brilliant to get involved on the ground – and really make a difference.

“Obviously it can’t get too close to the heat and the flames but it could quickly do the work of several firefighters, and can be operated from a safe position.”

The value of the CAR scheme also came to the fore during major snowstorms earlier this year when specialists with 4X4 vehicles were mobilised alongside firefighters by Operations Control to reach stranded motorists and households.

But Cameron’s £50,000 tracked vehicle, a McConnel Robocut, is a first.

Controlled from a small handheld unit, the diesel-powered machine was designed to cut down thick vegetation and even trees in areas that were otherwise unreachable.

Purchased as part of his ground-clearing business, Cameron immediately saw the potential of the Robocut in an emergency situation.

He added: “Even though I have retired I still wanted to do something for the community and stay involved – the Community Asset Register is a great way of doing that.”

A call has now been issued for others to follow in Cameron’s footsteps. 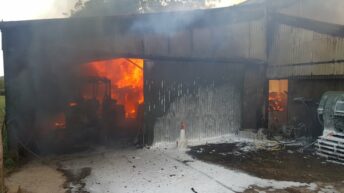 Tipperary Fire and Rescue deals with 2 infernos over the weekend