Soil moisture deficits (SMDs) are almost back to normal across the country. On well-drained and moderately-drained soils, the majority of soils are carrying SMDs of two.

This means that just 2mm of rain is needed to bring these soils to field capacity.

Rain last weekend made a difference

Heavy rainfall last weekend had a big impact on SMD levels. From Monday, October 8, to Sunday, October 14, rainfall levels ranged from 20.7mm to 63.2mm across the country.

Rainfall levels in Dublin and surrounding regions were lower at the weekend and, as a result, figures in these areas are at nine and 11. 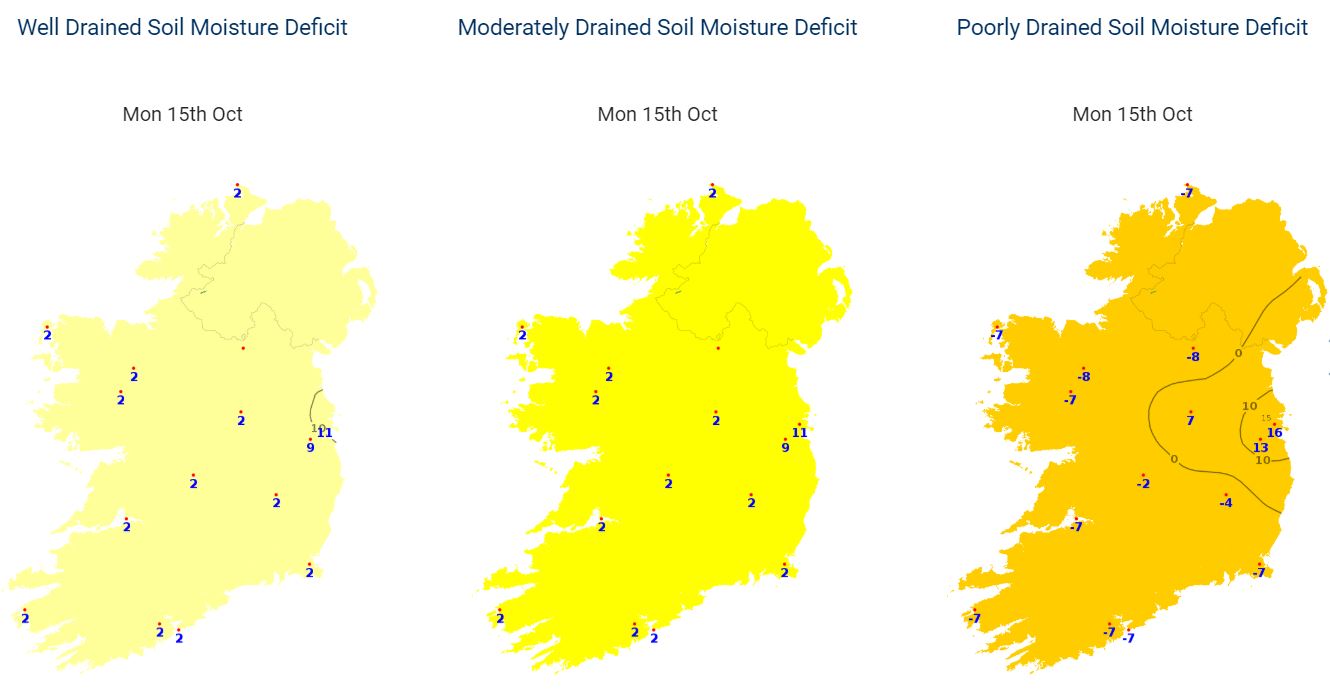 On poorly-drained soils, some areas are reaching saturation point. SMD figures on the west coast are at -7 from Mizen Head to Malin Head, and in the north midlands, this figure is at -8.

Poorly-drained soils around the Dublin region are at 13 and 16 and are still in deficit.

Recent rain has not deterred field work and seed drills were out in force again in the middle of the week, as farmers made the most of the ground conditions.