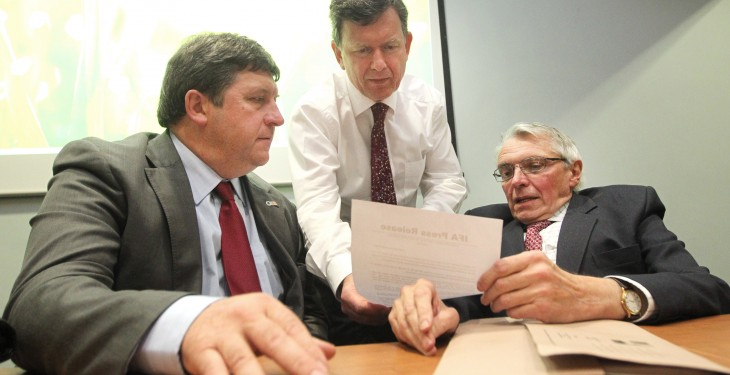 There was huge drama at the Galway County Executive meeting last night when it met and returned a motion of no confidence in the Executive Board of IFA and its potential presidential candidate withdrew from the race.

Co Chairman Pat Murphy said Galway IFA members are not happy with the remuneration of Pat Smith, and that the Lucey letters were not acted on in 2014.

He also said that the room also felt there should have been more questioning of affairs with IFA and “we can all be guilty of that”.

Farmers told the room that there was a culture of money at the top of the organisation and they were not happy about this and the golden handshakes of both Pat Smith and former presidents were unacceptable.

Murphy also said that a lack of delivery for farmers in the west of Ireland has left farmers feeling very frustrated over schemes that they say are not adequate for them.

Two motions of no confidence were put forward on the night, the first one by Oughterard, which called for the Executive Board to resign.

However, this was withdrawn when another motion was put forward that the Executive Board should stand down but could put themselves forward for re-election again. This motion was passed.

Executive Board member Tom Turley spoke at the meeting.

Over 150 IFA members attended the meeting on Thursday night.

According to Murphy, Galway farmers are simply not happy that the Con Lucey report has gone back far enough.

It is understood Healy is now considering whether to accept the nomination or not.