The report by Con Lucey into the corporate governance of the IFA has been released.

The report gives a detailed breakdown of the pay of the Presidents and Deputy Presidents of the organisation since 2009.

The Presidents of the IFA were also each invited to the board of FBD Holdings during their tenure. The current directors’ fees level is €39,600. 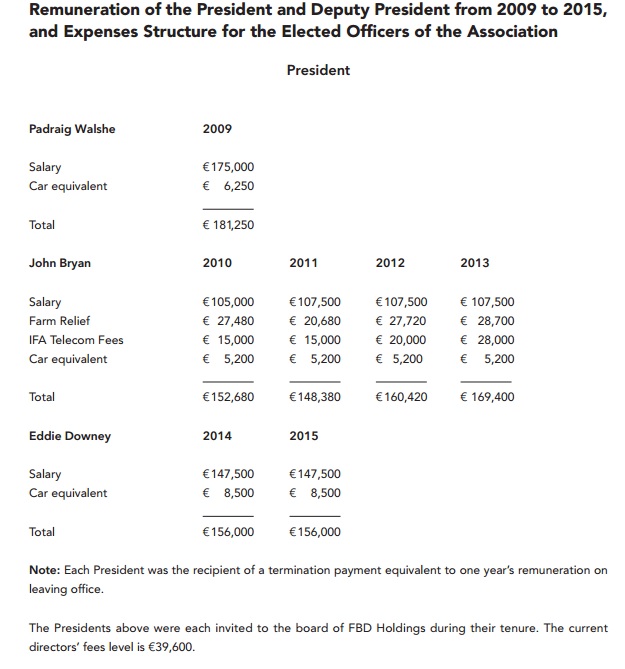 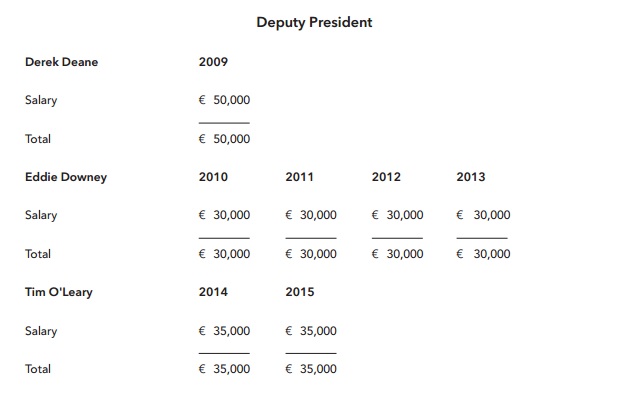 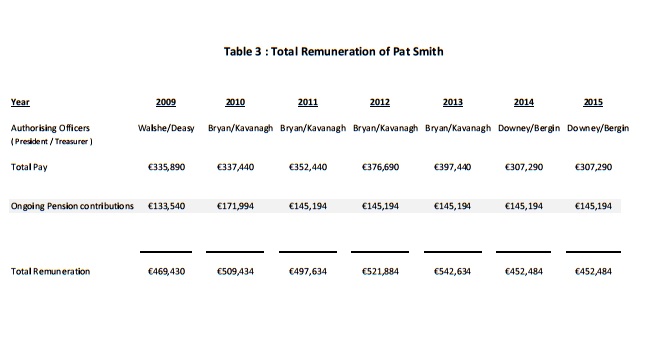 Lucey assessment of Remuneration of President and Deputy President

According to Lucey, the main problem is that the level of salary has become disconnected from the original purpose of the payment, which was to ensure that the farm did not suffer during the term of office of the President and Deputy President.

He said a factor that must be taken into account in setting such payments is that they are subject to taxation.

The second problem he said is that there is no clear ruling on payment from directorships of outside bodies. 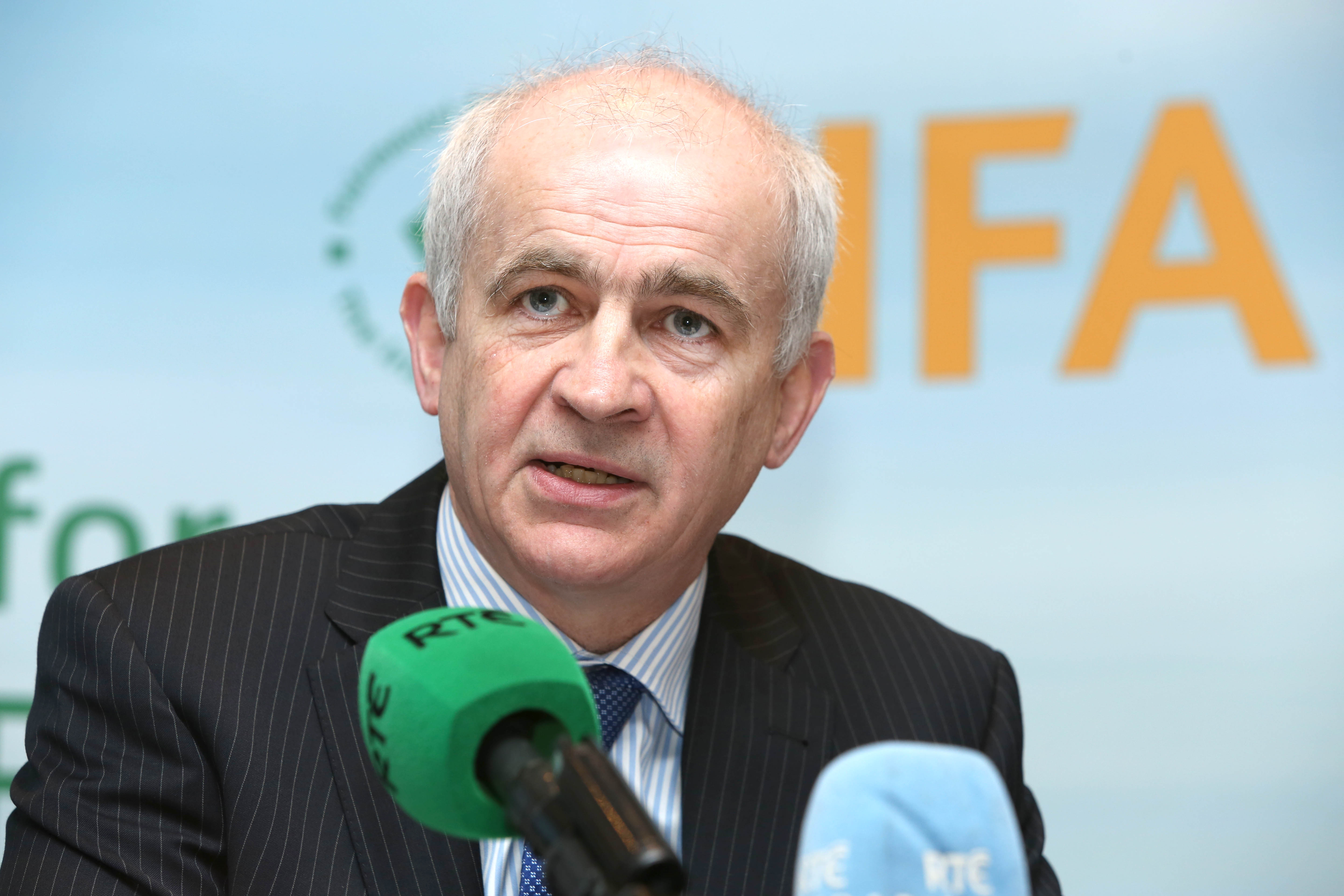 Lucey said in the future, the Remuneration Committee will make recommendations to Executive Council on such payments.

I suggest that the following two points of principle should be considered by the Remuneration Committee.

“First, the payment to the President should be based on the gross cost (before taxation) of replacing the labour and management of the President on a seven day week basis.

“Second, this should be the total payment, and payments to the President from outside bodies should be paid into IFA funds, other than any expenses arising from the involvement in the outside body,” he said.

Alternatively, if this is not practical, he said the fees should go to the individual but the payment from IFA should be reduced by the same amount.