It is estimated that 11% of households in the west of Ireland do not have internet access, figures from the Central Statistics (CSO) show.

The 11% said that the reason for not having household internet access was that it is ‘not available in the area‘.

Following the west with internet not being available in the area was the midlands (9%), the southeast (7%).

Dublin was the only area where internet access was not a problem.

It is estimated 85% of households had access to the internet at home in 2015, according to the CSO, which represented an increase of 3% points when compared to 2014.

Looking at the rest of Ireland, Dublin has the highest level of fixed broadband with 91% of the county connected.

The CSO data for 2015 indicates that fixed broadband was the most common type of internet access in the household (77% compared with 38% using mobile broadband).

The most common activities of individuals who accessed the internet in the last three months were email (84%), social networking (66%), internet banking (64%) and services related to travel (53%), the figures show. 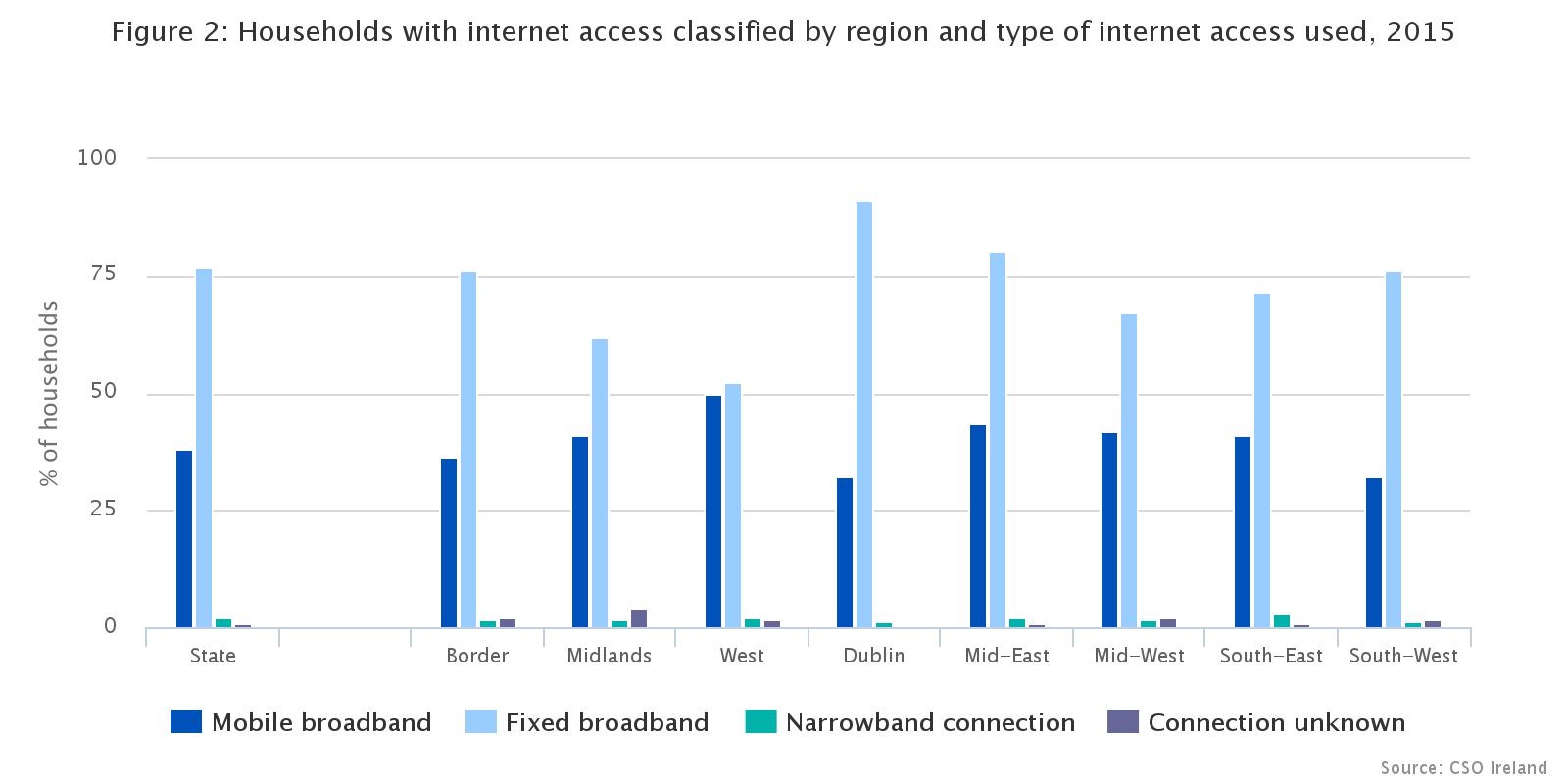