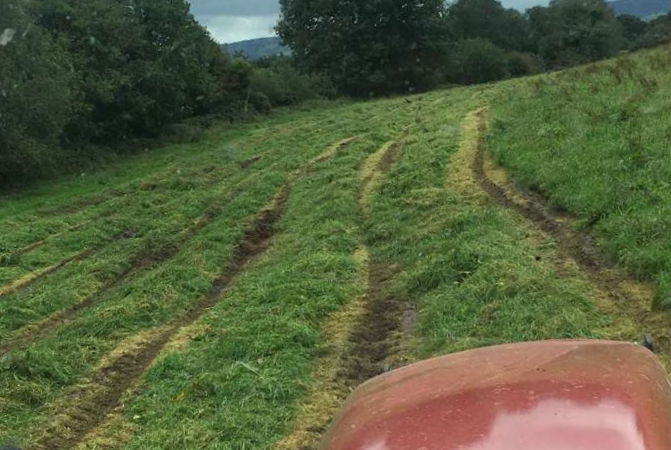 The return of warmer, drier spells across the country today, Friday, August 23, has led to many farmers recommencing their fodder-gathering campaign following a quiet period during the recent wet weather.

However, while the sunshine may have returned, ground conditions in many areas are still soft leaving machinery work – in these places – more difficult than usual.

According to Met Éireann, soil moisture deficits are currently low in general across the country.

In some cases, the national forecaster has outlined that soils are waterlogged as a result of the recent heavy rainfall.

However, Met Éireann is confident that ground will dry over the course of the coming week.

It has outlined that moisture conditions “should improve over the coming week as rainfall is expected to be below normal generally”.

Reports around the country are suggesting that silage gathering is going well in general with most farmers relatively confident that the large majority of their silage reserves for winter have been secured by now.

However, for tillage farmers, the harvest has become a trying time.

Heavy rain showers during the week made cutting impossible in some areas, while others have made their way in and out of fields for a few hours – or even minutes – at a time.

On Monday, August 19, AgriLand met Clive Carter in a field of winter oats which he has been waiting to cut for the past two weeks.

“Every time it comes halfway ready, a shower comes. That’s what everybody’s dealing with. You get a few minutes, or even an hour, here and there to get harvesting; it’s becoming very difficult,” Clive stated.

“There’s a lot of people very disheartened and demoralised. It’s becoming a very difficult harvest. I’d say it’s more frustrating than 2017 – for me anyway. I know 2017 was late, but this just seems to be worse. It’s early and it’s heavy rain.

“We need it to stop raining,” he concluded. 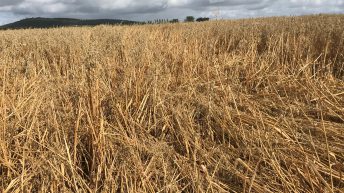