Sheep marts: Prices ease by up to €10/head at some sales 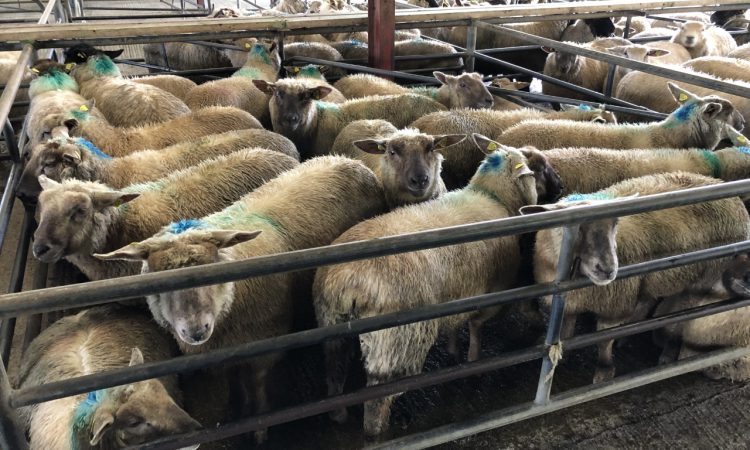 For the first time in quite a while, the sheep trade has taken a dip, with prices for lambs, in particular, fleshed hoggets, easier by €2-5/head at some marts, while others reported prices to be easier by €7-10/head.

Factories looked to take the sting out of the trade last week and they successfully did that. Factory agents were keen to secure a supply of lambs at marts but weren’t prepared to pay prices seen the week before.

The week before last, prices for well-fleshed hoggets hit highs of €155-163/head, whereas, this past week many mart managers reported highs of between €140/head up to €145/head for 50kg+ hoggets, with one or two isolated reports of fleshed hoggets hitting €149/head.

Also Read: Pics from the mart: Hoggets top out €140/head at Loughrea

The cull ewe trade continues to remain steady, with well-fleshed ewes selling upwards of €125/head and hitting a tops of €140/head.

David Quinn of Carnew Mart reported a large entry of 2,879 sheep at last Thursday’s sale; however, he noted that hogget prices were easier by €5-10/head on the previous week.

Although, all other classes of sheep recorded an excellent trade, with prices similar to the previous week.

Hoggets sold up to a top price of €145/head which was a substantial drop off from the €163/head recorded the previous Thursday.

Heavy cull ewes sold up to a high of €134/head, with feeding-types starting from €75/head.

In-lamb ewes were a stronger trade than the week before, with prices hitting highs of €222/head.

A large entry of “excellent sheep” were reported to be on offer at Manorhamilton Mart last Wednesday (January 20).

Fat hoggets were back slightly and made up to a tops of €143/head for a pen of 54kg hoggets. Meanwhile, the store trade remained steady, with good-quality lots making over €3.00/kg.

The start of the ewes with lambs at foot were met with a very strong trade. Lowland in-lamb ewes made from €160/head up to €225/head for young ewes carrying 1.5 lambs. 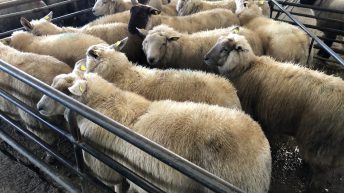 Pics from the mart: Hoggets top out €140/head at Loughrea