The sheep trade at marts overall last week was steady, with some marts reporting an increase in prices, while others reported an easing of the trade but overall, the trade was similar to the week before.

Prices recovered in some instances at sales by as much as €3-5/head, while other marts reported prices easing by as much as €5/head for finished lambs.

Heavy hoggets in excess of 50kg generally sold from €139/head up to €145/head, with prices above this few and far between. 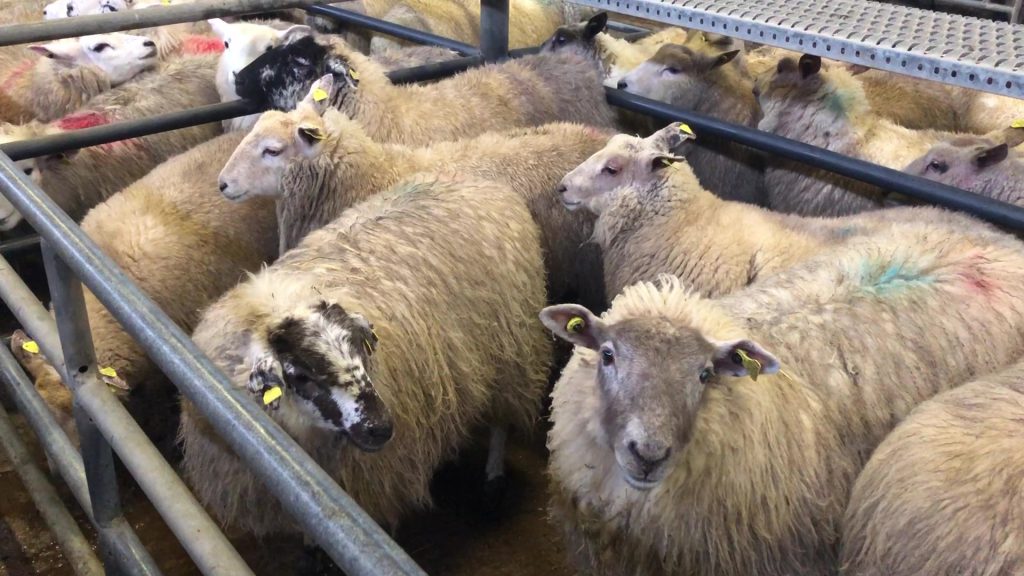 Heavy cull ewes were a similar trade at marts last week to the week before, with many of those well-fleshed ewes selling to highs of €125/head up to €135/head, with some mart managers reporting prices of up to €140/head and greater in some cases.

Two sales, in particular, of in-lamb ewes, caught the eye last week. One clearance sale, which was held in Tullow Mart, saw over 100 Cheviot ewes in-lamb to pedigree Suffolk rams up for grabs. Prices for this flock of Cheviot ewes ranged from €190/head up to a top price of €340/head.

While on Friday last, at Dowra Mart, a dispersal sale of 90 in-lamb Suffolk and Texel-cross mule ewes took place. The average price across the sale was €217, with prices ranging from €187/head up to €245/head.

Also Read: Dispersal sale of in-lamb ewes at Dowra sell up to €245/head