Sheep marts: In-lamb ewes making over €200/head across the country 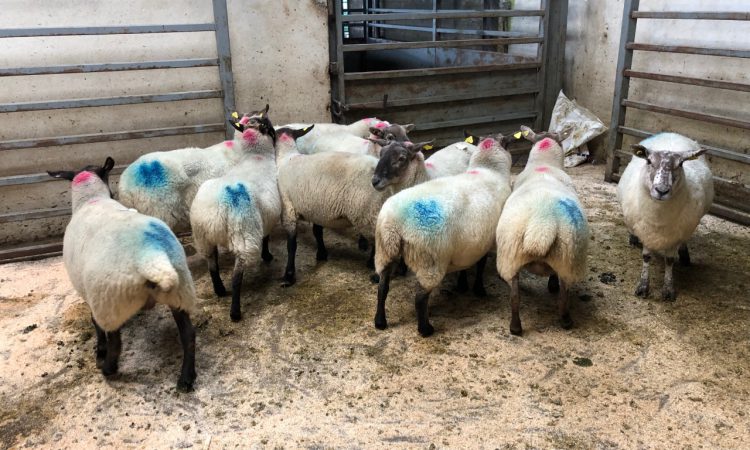 As we enter the busy lambing season, the number of ewes and lambs at foot on offer continues to increase.

Mart managers are reporting a strong trade for these lots, with prices of up to €250/head being achieved for ewes with two lambs at foot.

Moreover, there has been a good demand for in-lamb ewes, with prices ranging from €115/head up to €205/head.

In the past week, there has been a slight decrease of up to €5.00/head being paid for cast ewes.

However, mart managers are reporting a strong trade for hoggets weighing between 45kg and 50kg, with plenty of interest from factory agents for these lots.

Butcher lambs weighing 55kg and over are commanding prices of up to €130/head, with some lots making up to €135/head.

Forward store hogget prices have increased over the past week, with prices of up to €115/head being paid for hoggets weighing up to 44kg.

Baltinglass Mart held its weekly sheep sale on Saturday last, February 8. There was a strong number of hoggets on offer, with a similar trade to the previous week, according to the mart manager, Tom Coleman.

There was a solid trade for cast ewes, with prices for these lots ranging from €80/head up to €125/head – down over €15/head on the previous week.

There was a larger number of sheep on offer at Roscommon Mart on Wednesday last, February 5. There was a good entry of in-lamb ewes, according to the mart manager, Maura Quigley.

In-lamb ewes made from €115/head up to €177/head. Furthermore, in terms of ewes with lambs at foot, there was a slight drop in the prices compared to the previous week.

There was a slightly bigger sale of sheep compared to the previous week, according to the mart manager, Patsy Smyth.

There was an improved trade all round, with factory-fit hogget prices ranging from €108/head up to €131/head.

There was a large entry of 2,780 sheep on offer, with a strong demand for all types of stock, according to the mart manager, David Quinn.

Store hoggets were also a strong trade, with prices ranging from €78/head up to €118/head.

Feeding and heavy ewe prices continue to hold firm, with prices ranging from €70/head for lighter lots up to €143/head for finished ewes.

Over 1,500 sheep were on offer at Tullow Mart, on Tuesday last, February 4, with prices up €1.00-2.00/head on the previous week, according to the mart manager, Eric Driver.

The top price on the day was €134/head for a pen of hoggets weighing 53kg.

Overall, there was a good trade for well-fleshed hoggets, with prices ranging from €127/head up to €134/head.

There were plenty of buyers for hoggets weighing over 45kg, with prices for these lots ranging from €118/head up to €126/head.

There was a good demand for store hoggets weighing between 35kg and 42kg, with prices for these lots ranging from €97/head up to €110/head.

In the brood ring, there was a full clearance of the dispersal sale of 260 in-lamb ewes, with each ewe scanned with two lambs. Prices for these lots ranged from €175/head up to a top price of €222/head, with the majority of these lots making between €180/head and €195/head. 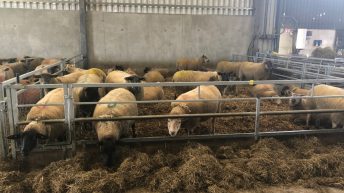 What are the dangers associated with under and overfeeding ewes?