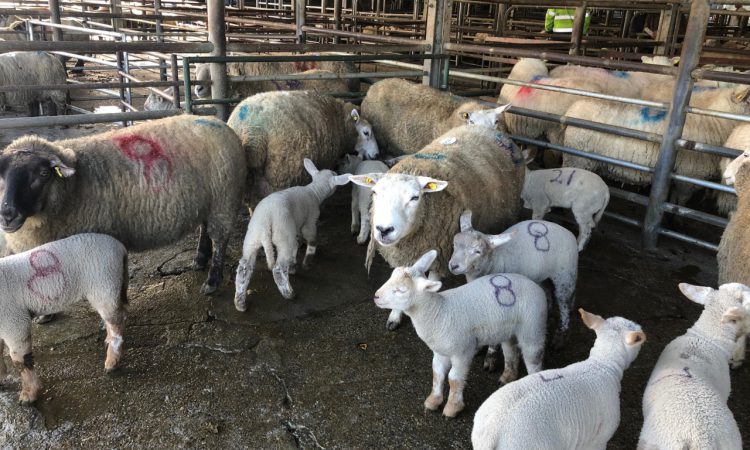 Mart managers are reporting a solid trade all round, with butcher and factory-fit hogget prices back slightly compared to previous weeks.

However, in saying that, well-fleshed hoggets are making €140-145/head in many marts. In general, hoggets weighing between 45kg and 55kg are making anywhere from €120/head up to €140/head.

There is a strong demand for forward stores, with €120/head being paid for hoggets weighing up to 43kg.

Furthermore, there continues to be a good demand for in-lamb ewes, with some marts reporting price increases and decreases for these lots; however, this is mainly due to the quality on offer and the number of lambs the ewes are carrying.

Ewes and lambs at foot continue to be a good trade, with prices of up to €150/head being achieved for aged ewes with one lamb at foot.

There continues to be a strong demand for well-fleshed ewes that are fit for the factory. Prices for these lots are ranging from €130/head up to €160/head.

Baltinglass Mart held its weekly sheep sale on Saturday last, March 7. There was a very strong trade across the board, with a 100% clearance rate on the day, according to the mart manager, Tom Coleman.

Similar to previous weeks, butcher and factory-fit hoggets made from €125/head up to €140/head.

There was plenty of farmer interest for store hoggets, with 34-35kg stores making up to €93/head.

Raphoe Mart held its weekly sheep sale on Monday, March 2. There was a good entry of sheep on the day, with a steady trade for all classes of sheep on offer, according to the mart manager Anne Harkin.

Butcher hoggets weighing up to 55kg made up to €139/head, with the best of the store hoggets making up to €120/head.

Cast ewes made from €60/head for lighter types up to €146/head for heavier types.

There was a large entry of sheep on offer at Roscommon Mart on Wednesday last, March 4.

Dowra Mart held its weekly sheep sale on Friday last, March 6. There was a large entry of sheep on the day, with factory-fit hogget prices back slightly compared to previous weeks, according to the mart manager, Patsy Smyth.

There was a good trade for in-lamb ewes, with prices stronger compared to the previous week.

There was over 1,200 sheep on offer at Tullow Mart on Tuesday last, March 3. AgriLand made the trip down to see what the trade was like on the day.

There was plenty of competition between farmers and factory agents for well-fleshed butcher hoggets, with prices for these lots upwards of €140/head.

There was a solid trade for forward store hoggets, with prices for these lots ranging from €91/head up to €115/head.

Butcher ewes weighing upwards of 95kg were a very strong trade, with prices ranging between €132/head and €160/head – depending on the quality and flesh cover.

Feeding ewes were also a solid trade, with ewes weighing up to 70kg making up to €98/head.

There was a lively trade for good-quality in-lamb ewes. However, prices were back as much as €10/head compared to the previous week. In general, prices for these lots ranged between €158/head and €170/head.

There was a strong number of ewes with lambs at foot on offer for the time of year.

In general, prices for ewes with two lambs at foot ranged between €180/head and €230/head – depending on the quality and age of the ewe. 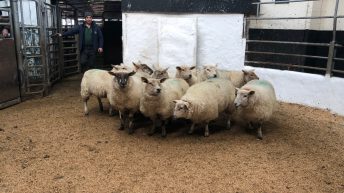 Pics and prices: Well-fleshed hoggets and ewes in high demand at Tullow Mart